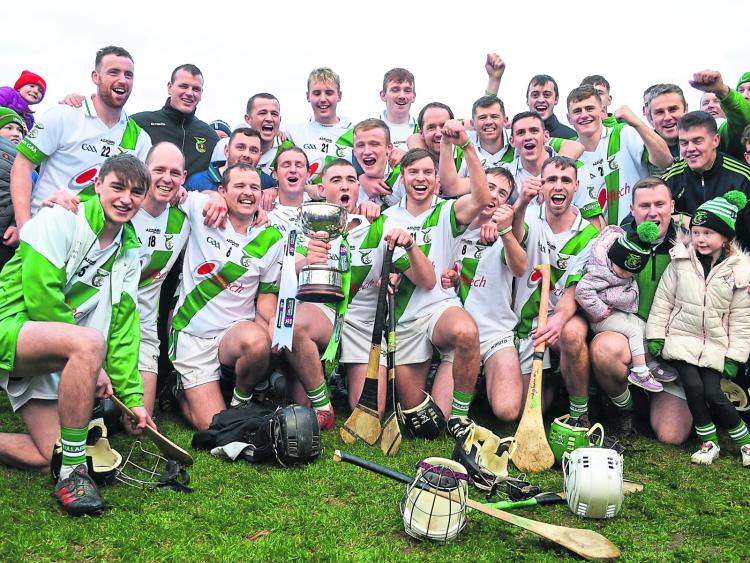 Tullaroan have been on a roll this season

They have had their tough spells in recent years, but the smile is back on the faces of everyone involved with Tullaroan GAA club.

“It’s a busy time, but we’re thrilled to be where we are,” said manager Jimmy Coogan as he put the final preparations in place for Saturday’s intermediate club All-Ireland decider against Cork’s Fr O’Neills.

“At the start of the year our aim was the championship in Kilkenny. That’s as far as we were thinking. We had been beaten in the final the year before, so we wanted to get back to the business end of things again.

“We hadn’t even thought of a Leinster campaign or an All-Ireland for that matter, but we’re delighted to be heading to Croke Park. Everyone is looking forward to it.”

The county final is where every club wants to be but, given the county’s pedigree in the All-Ireland series, Tullaroan could have been forgiven for allowing themselves to dream. However, a busy schedule made sure minds didn’t wander.

“You look at the teams who have won the intermediate championship in the last few years - the likes of Carrickshock, St Patrick’s (Ballyragget) and Graigue-Ballycallan – and they had good runs in Leinster and the All-Ireland series.

“However, when we won the county championship we played the Leinster quarter-final a week later, so we hadn’t time to think about it – we had to get on with it. We’ve gathered momentum since, so we’re delighted to be where we are.”

Making the final in Croke Park is the perfect platform for a young squad who are keen to test themselves. It’s something that will set up Tullaroan for the 2020 local season.

“One of the benefits of doing well in the All-Ireland campaign is that it can bring momentum into the following year,” the manager said.

“From a club point of view it’s great to be on this run, but we have to be aware that Tullaroan will be playing senior hurling this year too. That will bring its own challenges but you’d hope this run of games will be of benefit to the younger players.”

With 20 senior titles to their name Tullaroan are the most successful club in the county. However, Coogan never felt the weight of expectation was put on the players.

“When you’re playing you probably don’t think about that,” said Coogan, who was a teenager when Tullaroan last claimed the Walsh Cup in 1994.

“When you stop hurling you realise it a bit more. The only time that weight of expectation might have been on the players was when we went down to the intermediate grade. We were conscious that everyone wanted us to get back up to senior level.

“It had been said that we looked like a team under pressure to achieve that, but I never saw it that way,” he added.

“We were very unlucky for a few years; we were making finals and performing well, but maybe we didn’t have the luck or maturity to see them out.”

On the flip side, Tullaroan have shown the mental strength to bounce back from disappointment and finally get there.

“A lot of our lads were young when we were being beaten in those finals,” he said.

“The likes of Martin Keoghan and Tommy Walsh (Village) were only 18, 19 years of age. Maybe we were expecting them to do more than they could, but a lot of those lads have matured in the last year or so.”

Their maturity will be tested when they lock horns with Fr O’Neills on Saturday. Under the lights of Croke Park, there’ll be no bigger stage to shine on, but the Kilkenny side know the threat they’ll face.

“Croke Park is a great place when you win, but it’s somewhere you don’t want to be when you lose,” he said.

“They have a lot of players hurling under-age and at senior level with Cork too so they’ll be serious opposition. We will have to be at our best on Saturday.”

The fact that it’s a Kilkenny v Cork clash is sure to bring some added spice to the affair.

“Without a doubt,” he said.

“Cork are always very good hurlers and here in Kilkenny we like to see ourselves as a skilful county too. Any time you come up against a Cork side you know they’re going to be very good ball players. You have to be on your game.

“There’s great work going on at under-age level in Cork, but at senior level they’ve had something of a famine in recent years.

They’re anxious to solve that and to win another All-Ireland.

“A club intermediate title would be important to the county, so you can imagine the whole of Cork will be behind Fr O’Neills.”

While there’s sure to be a big Rebel presence in Croker, the same can be said for Tullaroan. The club, and parish, is on a high.

“There’s a great atmosphere in Tullaroan, a real feelgood factor in the parish,” he said.

“We’re a small parish; there’s only about 700 people in the parish, but we’ve had a great following. You could see it in people’s faces when we won the semi-final how happy they were to see us reach the final. Everyone is looking forward to a big day out.”

It all comes back to the ethos of the club All-Ireland finals – they give people from clubs all over the country the chance to achieve something with their own people.

“That’s the difference between club and county,” Jimmy said.

“You might be lucky to play with a few players from your own club in the county set-up, but with your club you’re with your brothers, neighbours, classmates.

“It’s special,” he added. “Getting that chance to play in a final in Croke Park is something to look forward to, something to cherish.”

And for Coogan to be the one to lead them to the final? There’s no prouder man…

“When I was asked to look after the team it was a great honour,” he said.

“It’s been great to end up where we are. We were unlucky not to win the intermediate championship for a couple of years but I always felt the lads were good enough. If you keep knocking on that door you’ll get there.”

PS - Fr O’Neills had two players suspended this week following incidents in the semi-finals against Tooreen.