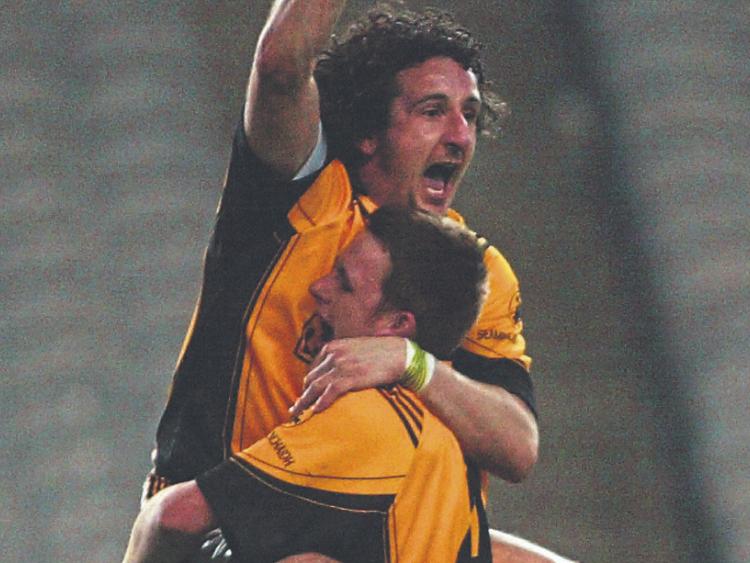 Kilkenny standard bearers Conahy Shamrocks are concentrating on producing a performance more than anything else as they count down the hours and days before the All-Ireland junior club hurling final against Russell Rovers (Cork).

The junior shoot-out will kick off proceedings on a big club hurling day in Croke Park on Saturday, and the Cats are ready to roar.

“We have a lot of things to look after for ourselves in this final,” insisted Conahy Shamrocks manager, Paul Buggy, when he set the scene for what will be Conahy’s second appearance in the junior decider.

“You focus on your own team.

“We are looking for the team to perform to the level it can. If we get that we know we will have a chance.”

The northerners don’t care that they are not Kilkenny champions. They are gunning for what would be the county’s ninth title, and their second to go with the success of 2008.

“There is no future in the past,” Mr Buggy said of the ‘no Kilkenny title’ issue after Conahy were beaten by O’Loughlin Gaels in the county final.

“We are not looking back. We will take what is ahead of us on board. We can’t rewind. We can only deal with what is in front of us, and we mean to.”

Mr Buggy, a member of the 2008 team, insisted that to be contesting the All-Ireland final was great. It was creating a nice bit of hype for the club and people of the parish.

“It is a great time for the club,” he assured.

“People were talking about it being inconvenient training over Christmas and so on, but Christmas comes every year. Being in an All-Ireland doesn’t. You take the opportunity when it comes.”

The manager and selectors, Brian Rossiter, Kevin and Diarmuid Healy, were delighted with the way the players took on board everything they had been forewarned about for the physical challenge of Eoghan Rua (Derry) in the All-Ireland semi-final.

“The final is big hurling business for us,” Paul continued. “Russell Rovers are from Cork. Saying that alone sends out a warning. Cork teams never fear Kilkenny teams.

“We won’t fear them either. Two traditional hurling counties and two good teams are going at it. Someone will have to give. We don’t intend it to be us.

“It is an All-Ireland final. It is Croke Park, a dream chance for any junior player. If we get a good performance we will be happy. Wherever that takes us we will be happy with that too. But we are absolutely determined to win this final.”

As far as Conahy are concerned, there is nothing beyond Saturday’s match. This is not a dress rehearsal for the upcoming Kilkenny junior championship.

“This is one hour’s hurling to finish off an All-Ireland championship,” Mr Buggy insisted.

“Once the county final was over we focussed on the Leinster championship. The boys won that. We took on the All-Ireland series then.

“Now we are where we are, close to winning another title.”

The players should not underestimate what they have achieved already, he insisted.

“They were knocked down,” he said in reference to the county final.

“It was a great show of character the way they picked themselves up.

“There are not too many teams who might have done this, to be honest.

“A lot of lads might have given up and said wait for next year. We didn’t.

“It has been a great show of character from the players, and the storm might have a spectacular ending yet.”