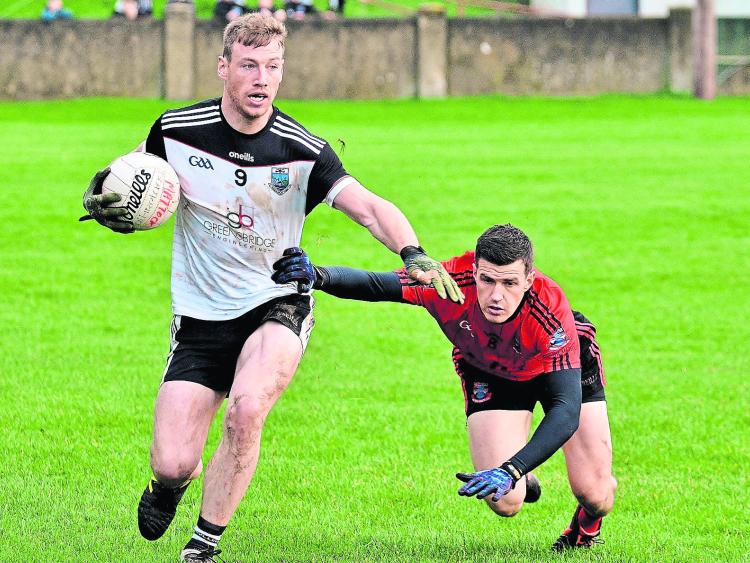 Michael Malone and his Mullinavat colleagues will open against Muckalee in the Kilkenny senior football league. The ’Vat enjoyed a great season in 2019 Picture: Willie Dempsey

Kilkenny may have swung the ash in the first hurling action of the new season on Sunday, but the club scene is not too far off either.

Brian Cody’s men fell to Wexford in the semi-final of the Walsh Cup in John Locke Park on Sunday, and now they have a clear run to prepare for the National Hurling League.

The Cats open against Dublin in the League at UPMC Nowlan Park on Sunday, January 26 (2pm).

Their second home game will be against Clare on Sunday, March 1.

Draws
Meanwhile, the draws for the various football competitions were made at Monday’s first County Board meeting of the year. The action in all competitions will begin on the weekend of January 26.

British JFC
Delegates were told that Kilkenny will be participating in the British junior football championship again this season.
The county participates in this competition instead of the National League proper. It is felt this competition suits their requirements better than the League.
Kilkenny won this competition and the Sam Og Maguire Cup on two occasions in recent seasons.

New referees
Kilkenny are hopeful that they might get at least three new referees into the system this season.
Referees Administrator Pat Hayes (Graigue-Ballycallan) informed the Board that candidates from St Lachtain's (Freshford), Cloneen/Railyard and Dicksboro were set to undertake a new course for referees during the next few weeks.
The first course for young referees will be held on March 3. It will be followed by a second one on March 10.
Mr Hayes has invited anyone interested in becoming a referee to contact him (087-2844349).

Transfers deadline
The player transfer deadline in Kilkenny was set for February 15.

Co-Op draw
Kilkenny club delegates gave the County Board officers the green light to proceed with the Hurlers Co-Op draw, which is a major annual fund-raiser for clubs and the Board.
This is run on an incentive based system.
The Board covers the cost of prizes, and offers clubs the main portion of all ticket sales.
The more tickets clubs sell, the more money they make.
Meanwhile, the County Board annual fund-raising race day in Gowran Park has been confirmed for the Monday of the June bank holiday.

Course
A stewards training course has been organised by the Board for UPMC Nowlan Park on Saturday, January 25.
The course will be run from 9am to 3pm, with breaks for refreshments.

All regular stewards at the Park have been invited to attend. Bookings can be made by contacting Board Event Controller, Seamus Reade (085-1389397).

The course, Mr Reade suggested, would be beneficial to club personnel in hosting local games at club grounds.

Maria will be co-opted on Monday