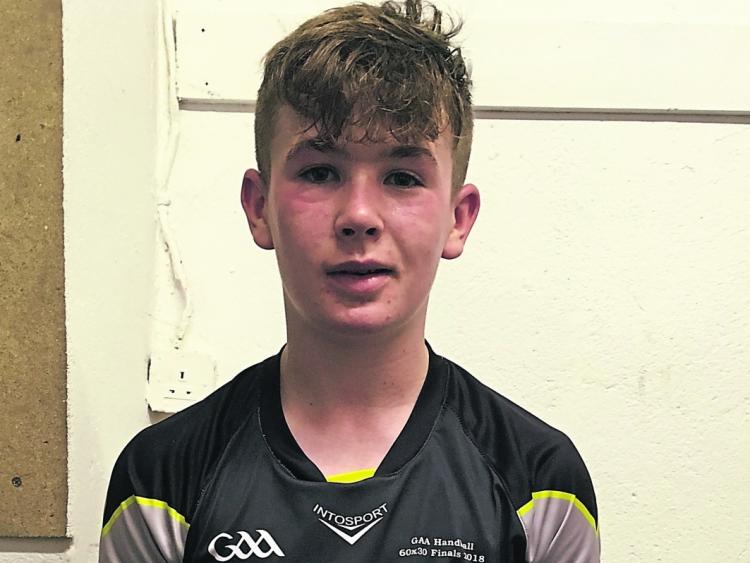 At the weekend the second and third level colleges handball championships were played at Ulster venues.

At the same time the third level collegiate singles championships were being played in Belfast over three days.

There was more success for Kilkenny players. They won titles in four grades in Kingscourt, while also picking up one of the major championships in Belfast.

In the finals played in Cavan there were wins for four Kilkenny schools, the most any county won on the day.

Following on from her win the previous weekend in the She’s Ace event, Noelle Dowling claimed the girls season singles crown with a convincing win over Clare opponent, Órla O’ Brien, 15-9,15-8.

There was also victory for Billy Drennan (Kilkenny CBS) in boys intermediate singles. He easily accounted for Cormac Finn (Sligo), 15-1, 15-4.

To complete a good day for the county, Kyle Jordan (Grennan College) captured the junior singles title when he beat Rory Carthusian (Roscommon) 15-10, 15-3.

Elsewhere there was a surprise defeat for Amy Brennan (Castlecomer CS). She was beaten by Chloe Philpott (Clare) in the girls junior singles decider, while in girls junior doubles Holly Byrne and Lauren Power, representing Heywood CS, lost to Tyrone at the semi-final stage.

In the girls senior doubles grade, Laois sisters Aoife and Orla Brophy brought honour to their school, Colaiste Mhuire, Johnstown, when they defeated Mayo in the final, 15-3, 5-15, 15-4.

In boys junior doubles, John Hayes and Cathal Buckley (St Kieran’s College) were beaten in their semi-final clash with Mayo.
The Third Level colleges singles championships in Belfast produced a victory for Aoife Holden, representing DCU, in the women’s A grade. She defeated Cliodhna O’Connell from UL.

This Sunday the GAA Handball Congress will be held in Claremorris, Mayo.

There will be a new President for the next three years. Having held the office for the last three years, Joe Masterson (Offaly) steps down, with Dessie Keegan (Mayo) taking over the top seat.

On Sunday the first rounds of the Leinster juvenile championships will be played at venues around the province.