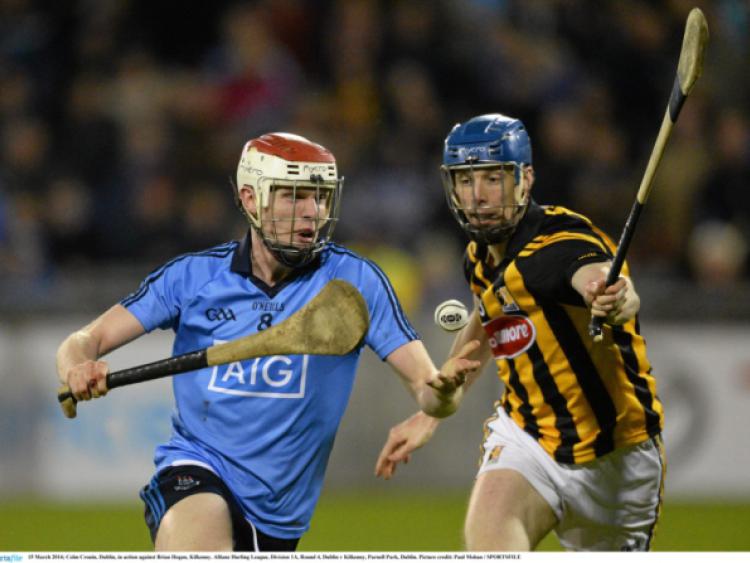 When travelling the road Kilkenny have chosen in this Allianz National Hurling League campaign you can expect results like this!

When travelling the road Kilkenny have chosen in this Allianz National Hurling League campaign you can expect results like this!

Things won’t always work out, writes John Knox. The main object of the exercise is to give new talent its head. There is also the desire to try and win games. The delicate balancing act can leave you vulnerable. Sometimes it will work. Sometimes it won’t!

In following the trend of a League which has seen home teams dominate results, things worked for hugely impressive Dublin in Parnell Park on Saturday when the homesters clocked up a good 1-22 to 3-13 in in a high class game against Kilkenny, who again fielded a mix of wannabees and experienced players.

For nearly a half hour or so things were looking good for the Noresiders, who, against a strong wind and fiercely committed opponents, were doing well. The difference was a mere 0-10 to 1-6.

The win that would earn Kilkenny a ticket into the quarter-finals looked a genuine possibility.

Then there was an element of crash, bang and wallop about the match. A bad clearance out of defence by a covering Kilkenny attacker gifted Johnny McCaffrey possession in midfield. McCaffrey snapped up a point. It was the 29th minute.

From there to the rest the Dubs went to town on the opposition, shooting 1-6 (including McCaffrey’s score) without reply. The Dubs were shooting points almost as quickly as the umpire could wave the white flag, and there was a goal from Danny Sutcliffe for good measure. Sutcliffe drove in a shot from the right wing, and as the ball dropped slowly from the sky at near crossbar height, ’keeper David Herity - perhaps it was the lights in his eyes - appeared to get his raised hurley to the sliotar, but it dropped into the net.

That score arrived in the 31st minute. It upped the difference to 1-13 to 1-6. It also fuelled Sutcliffe’s and Dublin’s searing drive to the break. After being relatively quiet before the goal, Sutcliffe bagged two more minors back-to-back at the end of the half to retire with a take of 1-4. The damage to the visitors cause was serious.

When the Cats roared from the blocks after the break and added 2-1 within eight minutes per Colin Fennelly (goal), T.J. Reid (goal from penalty) and Jonjo Farrell to slice the divide to 1-16 (19) to 3-7 (16), things looked promising. A quarter-final place was a live issue again!

Alas, the drive from there to the finish was off tune; the engine was far from humming. The arrears were back to one big score twice subsequently, but the Cats became a bit ragged, lacking in cohesion up front.

Dublin powered towards victory in the 61st minute when Alan McCrabbe shot a great point from the left wing into the church end goal. It swelled the difference to 1-20 to 3-10. Sub Mark Schutte attacked the visitors through the middle before pointing. Ryan O’Dwyer then shot a smasher from the right sideline and 55 metres distance (1-22 to 3-10).

With five minutes of regular time left, the game was up for the visitors, who face a do-or-die match against Waterford in Nowlan Park on Sunday.

“We put ourselves into a position that we could have gone on to win the game,” said Kilkenny manager, Brian Cody, in reference to Kilkenny’s big burst after the break. “We didn’t drive on after that.”

Kilkenny’s opening play was good. Paul Murphy, who was left free as the Dubs employed his man out the field, was tremendous at clearing his lines and John Power, who retired with a torn hamstring just before the break, was the most threatening attacker.

When the big charge was mounted after the turn, Brian Hogan generated a lot of the power with his strong drives from the heart of the defence. Even now, you could see him as the No. 6 come the business end of the season. Tomas Keogh was very good too, bringing exactly what he does at club level - go back from nothing; give 100% - to the fore.

Joey Holden went well in this half also, but the best of the lot was Cillian Buckley. He had been re-sited at wing-back from midfield after the reshuffle which saw a somewhat unlucky Tommy Walsh withdraw at the interval. Buckley was involved in a lot of Kilkenny’s best moves, delivering well aimed ball into the attack. Padraig Walsh turned in a massive 35 minutes, and was up with the leading performers. His game is on the up and up.

While the early blast promised so much, and ‘big guns’ like Henry Shefflin and Richie Power beefed up the lined when introduced, the attacking effort lost its focus and fizz as the half wore on. Colin Fennelly, for example, looked dangerous and was always looking to run at the opposition, but he was obsessed with going for goals when handy enough points were there for the taking.

To concentrate on Kilkenny’s shortcomings is to miss the point, really. The Dubs were awesome once they slowed down Kilkenny’s second half charge. They had visited the opposing half only twice during the 2-1 blast at the opening of the second half.

Once McCrabbe sneaked a point in the 47th minute they settled. The way they worked the ball around the field afterwards was hugely impressive, with Liam Rushe, Peter Kelly, Michael Carton, Sutcliffe, McCrabbe and Ryan O’Dwyer, who knows how to win the hard ball, top line performer.

Looking down the road towards the Leinster championship, these guys are going to take a lot of shifting off the throne! Only good team play like Dublin did on Saturday!

“Sometimes our attitude isn’t right,” full-forward, Conal Keaney suggested afterwards. “We knew Kilkenny were going to score goals. Getting them early was good for us. We had time to come back. Gone are the days when we drop the heads. When we are right mentally and we work hard, we can compete with any team.”

Without labouring the details, one was disappointed with the performance of the referee; couldn’t fathom the reasoning behind some of the calls.