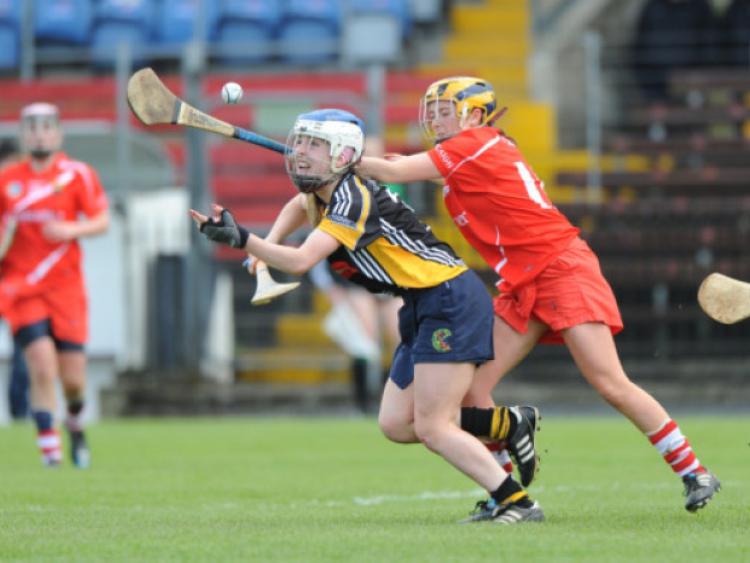 A SECOND second bite of the cherry proved sufficient as Kilkenny feasted on a minor camogie All-Ireland success.

A SECOND second bite of the cherry proved sufficient as Kilkenny feasted on a minor camogie All-Ireland success.

After having victory ripped from their grasp with a last-gasp goal the first day, the Cats made no mistake at the second time of asking when they blitzed Cork by 1-12 to 0-6 at Fraher Field, Dungarvan, on Saturday.

Even though they started against the wind, Kilkenny were always too strong for the Munster girls. Dominating the game, they took a lead they would never lose when Mary Corcoran rattled the Cork early in the opening half.

Cork, who had relied on frees from Orla Cronin in the opening half, had no answer. Corcoran, who caused serious headaches for her opponents all afternoon, boosted her tally with two points after that goal.

Further scores from Aisling Nolan and Lydia Fitzpatrick helped Kilkenny, who were completely on top at midfield, to extend their advantage.

Trailing by two points (1-4 to 0-5) Cork were under pressure to end the half on a high, but couldn’t break down the Kilkenny backs.

They had a chance, when just before the interval, Cronin went for goal from a free on the 20 yard line, but ’keeper Noelle Murphy made a smart save to deny the Rebelettes before the danger was cleared.

With a stiffening breeze at their backs Kilkenny were in no mood to let their lead slip in the second half.

Lydia Fitzpatrick increased the gap between the sides with a brace of 45s, a gap they extended thanks to further scores from Miriam Walsh (2), Aisling Nolan, Ciara Holden and Lorraine Long.

The two Fitzpatrick 45s were only scores Kilkenny picked off from placed balls all afternoon - such was their dominance, they comfortably picked off 1-10 from play.

It was a different story for Cork, who added just one point to their tally in the second half. They had Orla Cronin to thank for the lion’s share of their scores, three of her four points coming from frees and a penalty.

That the Munster girls had little luck from play stemmed from Kilkenny’s dominance along the half-back line.

Captain Megan Farrell, Mary O’Connell and Ailish Butler controlled much of the game, while the full-back line of Ciara Farrell, Catherine Foley and Michaela Kenneally proved just as imperious in defence.

The forwards played their part too, with Sarah Whelan, Aine Gannon and Alice Talbot displaying an incredible work-rate.

After the game minor manager Damien Walsh sang the praises of the players who secured Kilkenny’s first All-Ireland success in four years.

“We started training on December 16,” he recalled. “We have had over 50 sessions since then with some girls not missing a single training get-together. We made up for the heartbreak of last year and I couldn’t be prouder of these group of players.

“I would like that thank each and everyone of them along with selectors Patsy Murphy, Matt Doran, Helen Farrell and medic Kay Corcoran.”