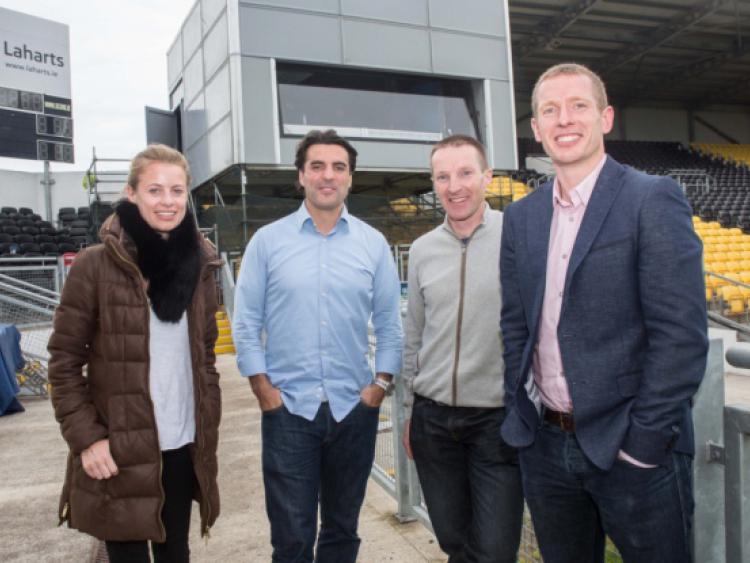 Legendary French footballer Michel Platini may have famously called them ‘The Bees’ but there was a different buzz about the Kilkenny hurlers as the Sky cameras rolled into town last weekend.

Legendary French footballer Michel Platini may have famously called them ‘The Bees’ but there was a different buzz about the Kilkenny hurlers as the Sky cameras rolled into town last weekend.

Strange to think, but in the days leading up to Kilkenny’s first involvement in this year’s Leinster hurling championship the Cats were a mere sideshow.

For once, the spotlight wasn’t on Brian Cody’s side but on the TV cameras, namely those belonging to Sky Sports, who used Saturday’s match in Nowlan Park to launch their move into the world of GAA.

Right from the off there was an air of the typical Sky performance about the show.

Anyone who has watched any sport on one of Sky’s several sports channels will tell you that they love their flashy intros and teaser videos, used like a trailer for a big movie.

People who switched on for the game on Saturday were met with a video of what Gaelic Games means to the people of Ireland, but that was where the diddly-aye sentiment ended. From the second they cut to presenter Rachel Wyse this was a typically polished performance from Sky, who smoothly transferred the knowledge gained from other sports into the hurling arena.

One of the neat parts from Saturday’s show was how the presenters didn’t try to explain the game to newcomers or dwell too much on previous games. Sky jumped straight in, with analysts Ollie Canning and Jamesie O’Connor continuing Sky’s trend of using young experts from the game to give their views on the sport.

O’Connor seemed to take on the ‘Gary Neville’ role of the team. Using the technology that Sky have brought into all their sports coverage, O’Connor quickly got to grips with the Skypad.

Some of the clips used were interesting - O’Connor highlighted certain players and also spoke of Kilkenny’s goal-hunting techniques, while both he and Canning went into detail on how Offaly would use the sweeper system to frustrate their opponents.

There was also time for a bit of fun, O’Connor highlighting some of the late-comers in the crowd for last year’s game in Tullamore - a witty little observation that helped to ease any nerves that may have lingered.

The viewpoints weren’t limited to the studio either. Sky made a good move by talking to the injured Michael Rice before the game, and to both managers - even if they played it a little safely in their pre-match comments. “He’s a man of few words,” Ollie Canning said of Brian Cody. “He doesn’t go in for drama”.

It was during the game that Sky really showed their muscle. Having already stated that they would have at least 13 cameras at matches, sometimes up to 20, viewers were spoiled for choice when it came to replays of scores and saves, may given the maximum drama of slow-motion in a high-definition.

Sky’s love of statistics was also to the fore. They kept viewers informed in terms of the possession stakes andpuck-outs won. A nice touch was the way the stats were broken down to highlight the performance of individual players at times (possession, shots, scores and assists).

The only downside to the coverage was the game itself. The pundits’ belief that Offaly would have to stay close to Kilkenny for at least 20 minutes failed to materialise. By that stage the Cats were already 10 points clear (1-12 to 0-4). It was, as commentator Nicky English said, ‘way too easy’.

While the game was something of a non-event the post-match coverage was typically slick. Coupled with game highlights there was a lively debate about the future of Offaly hurling, paving the way for a timely plug for Sky’s weekly championship review programme.

Wednesday Night Hurling? It has a nice ring to it!