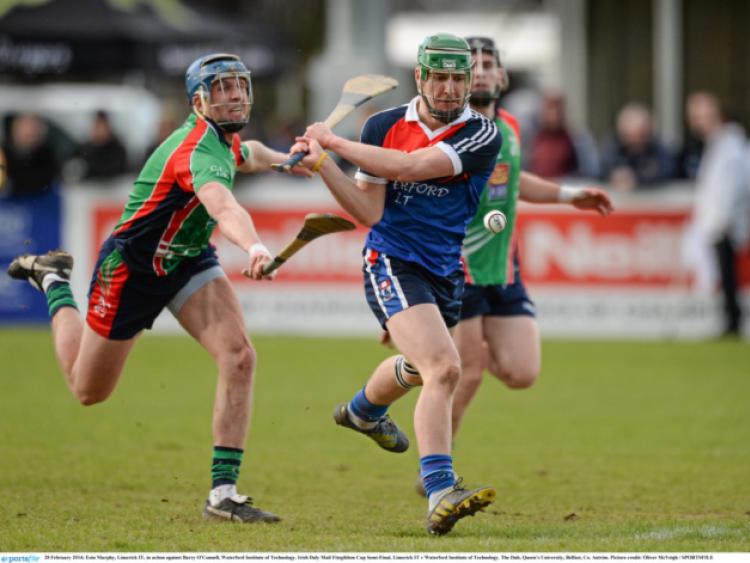 Parish pride was called for as Glenmore got over the line against a flagging Young Irelands (Gowran) in the intermediate hurling league.

Parish pride was called for as Glenmore got over the line against a flagging Young Irelands (Gowran) in the intermediate hurling league.

The last group league game of the campaign, it certainly bore all the hallmarks of an end of season game, with not too much to enthuse about from either side.

The Young Irelands challenge lacked bite and offered little when hard-won ball arrived at the business end of the park. For their part, the Glenmore offerings were gilded with a little more determination, more direction and occasional nuggets of admirable skill.

Short a number of regulars, Glenmore were put under the cosh from an early stage, but very little was banked from the Young Irelands effort. Jonny Dunphy slipped over the lead for them after a couple of minutes, but for all of their investment in energy and pressure, they only had another point from Sean Kehoe to their credit by the sixth minute.

They had the slight luxury of a stiffening breeze in their sails to assist. However it was the lighter Glenmore lads who hit the front with points by the busy Ger Aylward, and two frees by the Murphy brothers, Paddy and Eoin.

The tempo of the game was rather listless, with neither side showing too much drive. Young Ireland struck a few dreadful wides from good positions, and tried for points from impossible angles.

In the 16th minute, probably the best Gowran attacker on view, Dick Carroll raced through the Glenmore defence to boot home a great goal. It more than helped the Gowran men to reach the break leading by 1-5 to 0-5. However, they would regret some of their misses.

It took Glenmore 17 second half minutes to catch up to Young Irelands. Sean Kehoe was trying so hard to keep his side in front for as long as possible, but Eoin Murphy’s frees, and inspirational points by Mark Aylward forced the errant Glenmore to the front with eight minutes left on the clock. However, they too indulged in plenty of Hail Mary attempts at score-getting.

A few promising attacks by the losers unsetled Glenmore inside the final three minutes, but somehow the final pass was never the right ball to suit the intent.

Sean Kehoe, the Young Irelands captain, and Dick Carroll tried to fan the dying embers of a losing cause. Keohoe’s point at 59 minutes divided the sides by a single point. It seemed that a draw might have been the eventual outcome. A last-ditch Gowran attack got to the Glenmore small square, but some terrific defending by the likes of Mark and Michael Phelan, John Gahan, and Eoin Murphy closed all possible avenues to the Glenmore battlements.

But as in all such scenarios, suddenly the defender became an ace assassin. A long delivery found Ger Aylward, whose speed, force and determination afforded him the room to drill an unstoppable daisy-cutter by the courageous Martin Carey, who had made a tremendous reflex save from Mark Aylward some two minutes previously.

Given that Glenmore were so injury constrained in team selection, one feels that their first-round game will see them survive. They deserve that at least. Eoin Murphy, Mark and Ger Aylward impressed for Glenmore, as did Sean Kehoe and Dick Carroll for the losers.