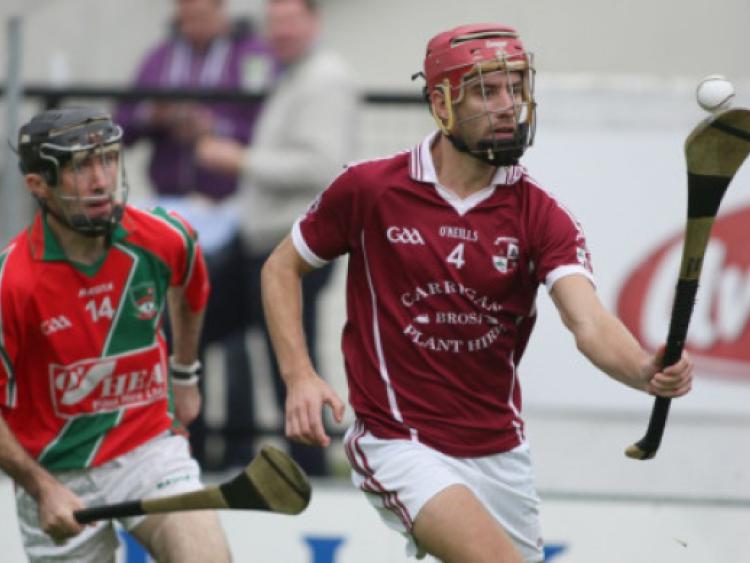 The success story that has been Clara’s year still has room for yet another incredible chapter to be written into their history.

The success story that has been Clara’s year still has room for yet another incredible chapter to be written into their history.

Twelve months that delivered county, provincial and All-Ireland intermediate titles may yet finish with an even bigger prize - a senior crown.

The men in maroon have been on an incredible run, continuing that as they got the better of St Martin’s (Muckalee) in a tough battle to book their place in the senior hurling decider.

“It was never going to be anything but tough,” Clara manager Michael Purcell told the ‘People. “Both teams had a huge desire to get to the final.”

The tight nature of the game was exactly what had been predicted, with little separating the sides in terms of picking who’d come through.

“We felt it would be hard to call a winner coming into the semi-final,” Purcell said. “The Martin’s goal in the first half, added to their movement, threw us a little,” he admitted. “It took us a few minutes to work things out and to get settled again, but things went alright for us.”

Clara got into the game from the off, Keith Hogan punishing Martin’s for some fouls they committed with three long range points that helped push his side into an early lead (0-5 to 0-2).

At that stage they looked to be motoring well, but the Saints were about to throw a spanner in the works. Led by their captain John Mulhall, who looked to inspire his colleagues at every turn, Muckalee bit back.

A Mulhall point narrowed the gap by the 12th minute but it was their next score that really shook the Saints into life. Sparked by a booming clearance from busy midfielder Thomas Breen, John Maher gathered the sliotar and split Clara wide open with a diagonal ball. Robert Shore took possession, deftly teeing up Canice Maher to pick his spot with a shot rolled into the bottom right corner of the City End net.

Muckalee were good value for the goal, following it up with a pointed John Maher free.

Clara were struggling to regain their composure at that stage, but they weren’t out of the game by any stretch. Keith Hogan (free) made sure of that, but they got a little lucky too - James Dowling had a great to net a second goal when he beat Killian Phelan with a thundering 21st minute shot, but the sliotar cannoned back into play off the crossbar.

There was some consolation when David Breen turned the loose ball into a point, but Clara had been let-off.

That’s not to say that the close shaves were all at one end of the field. Trailing by two (1-6 to 0-7) Clara must have thought they were on the brink of going in front again on half-time when James Nolan broke down a long clearance and sent Keith Hogan crashing through. Hogan had ample time to pick his spot in the net but Colin McGrath made a super save, diving low to his left to stop the sliotar.

Play swung back down the other end after that, with Martin’s threatening once more. Some excellent work involving James Dowling and John Maher ended with Robert Shore flashing a menacing shot wide of the right side of the target.

Had either of those goal chances come good, the game could have been different for Martin’s. As it was, they went in just a point ahead after Hogan converted his fifth free of the half to leave the game in the melting pot (1-6 to 0-8).

The key to Clara’s success, Purcell reckoned, was the great start they made to the second half.

“I think that was the decisive period in the game,” the manager said. “Things got going for us straight after the break. Maybe Martin’s didn’t settle as well and we took advantage of that.”

First out of the blocks, Clara made a fast start to the new half. They edged in front thanks to Ciaran Prendergast and Liam Ryan, a lead that was doubled (0-11 to 1-6) when Shane Prendergast’s booming drive was worked through the hands of Austin Murphy and Conor Phelan and ended with Jack Langton splitting the posts.

Although Martin’s came back to level matters courtesy of John Mulhall and John Maher (free), they were never allowed to take the lead again. The sides traded points for a while, keeping the game in the melting pot going into the last 10 minutes, but it was Clara who were about to take a firm grip on proceedings.

James Nolan got the ball rolling, sniping a great point when he won a battle with full-back Ollie Walsh and turned a long clearance into a 53rd minute score. Keith Hogan added another, his second from play, with an arrow-like delivery from half-way.

Clara were ticking along nicely, but stepped up through the gears with their next act. Ciaran Prendergast did a lot of the damage, taking on a tiring Martin’s with a speedy solo run that took him towards the danger zone. Getting past his marker, Prendergast could have gone for a score but opted to palm the sliotar to colleague James Nolan, who hit a first-time volley to the net.

Clearly reeling, Martin’s did well to clear their heads after that. Two quickfire John Maher frees took the sting out of conceding that late goal, but with time running out the gap proved too great to bridge.

Three points to the good with time running out, there was no way Clara would let the game slip. Even after another Nolan point was cancelled out by Mulhall, who urged his side on to the end, Clara held firm, waiting for the joyful sound of that final whistle.