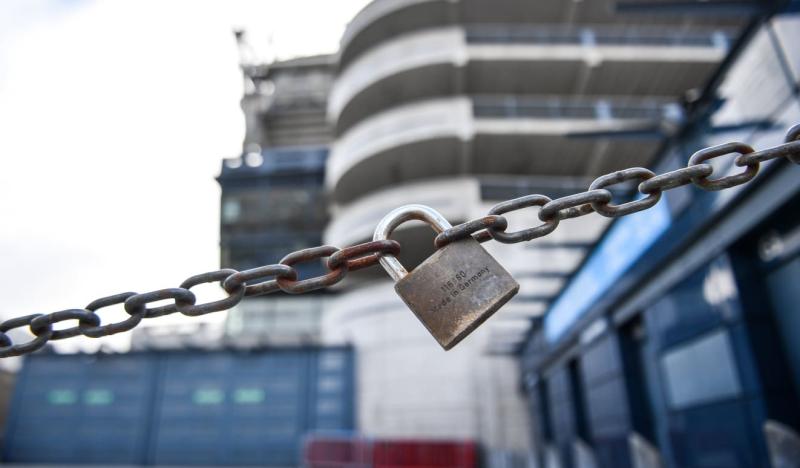 The on-off saga of the 2021 Gaelic Games season took another twist after the GAA announced that a return to onfield action will NOT happen before Easter.
In a statement issued today which will be a blow to clubs, inter-county teams and players alike, the Association admitted their plans to revamp the Masters Fixtures calendar have been left in limbo, with no idea as to when games will resume.
The message came less than 24 hours after the Government announced that the Level 5 lockdown, which was due to finish on March 5, will now continue until at least April 5.
President John Horan and Director General Tom Ryan outlined the GAA's hopes that games will resume once the country moves down through restriction levels.
The full statement reads as follows:
A chara,
As you will be aware by now, the Irish Government yesterday published their “Covid 19: Resilience and Recovery 2021” plan. There is no immediate change for sport outlined in the plan and as per our last communication to you, it is clear that no on-field activity will be permitted - even at inter county level – until Easter at the earliest.
We will be seeking clarity on certain aspects of the provisions on sport in the new Government document and while the document does envisage the return of inter-county games at Level 4 and of some club games in Level 3, it remains impossible to plan a revised Master Fixtures calendar for 2021, as there is no indication at this point of when these Levels may kick in. The exercise is further complicated by the need to align our plans with whatever is permitted by the NI Executive for Counties and clubs in that jurisdiction.
In the interim, and despite any speculation you may read or hear to the contrary, we would again reiterate that the GAA have not decided on what competitions may or may not be facilitated in any revised national fixture programme for 2021. Such decisions will be a factor of how much time is ultimately available to us, both for an inter county season and for the broader participation levels that will be necessary for a meaningful club season at both adult and underage levels.
The next signpost on the road for society is likely to come in the week leading up to Easter. We will again communicate directly with Counties and Clubs at that point and once Government make clear whether they see any further relaxing of restrictions (for example allowing inter-county training or games) being permitted.
We also want to assure you that we will publish a revised National Fixtures calendar at the earliest possible opportunity.
We thank you again for your patience and understanding of a very trying situation and we look forward with optimism to the resumption of GAA activities at all levels later in the year.
Is mise,
Sean O hÓraín                  Tomás O Riain
UACHTARÁN                     ARD STIÚRTHÓIR