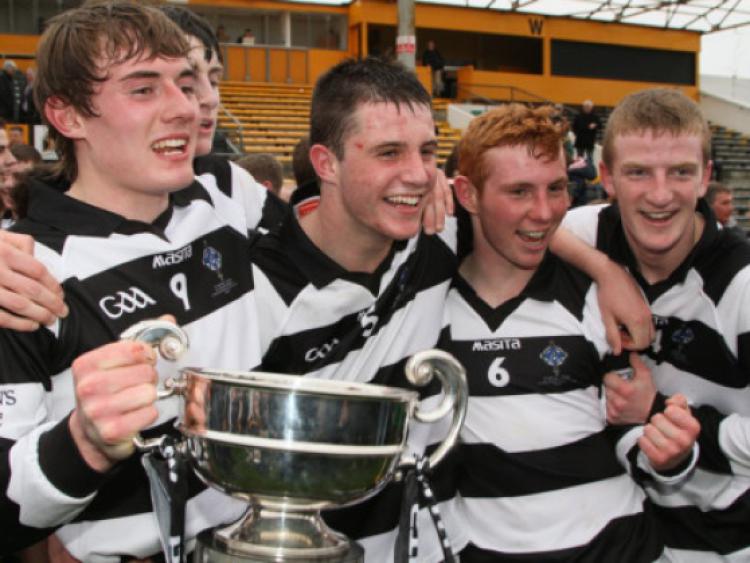 Whatever cause you believe in, whatever school or team you support, you have to hand it to St Kieran’s. They know how to win All-Irelands! The won their latest one by 2-16 to 0-13.

This was the school’s 19th win in the Masita GAA All-Ireland post primary schools Roinn A senior hurling final, and first since 2011. There was an additional historical fact in that it was the first ever single county decider.

Whatever, Kieran’s have the recipe for success as a five title lead at the top of the Roll of Honour would confirm.

Alas, for the brave, daring, big hearted Kilkenny CBS, the outcome was the same as it had been in the disappointing finals of 2012 and 2013 - defeat.

“We just clicked in the second half,” was the simple assessment from St Kieran’s team official, Liam Smith.

We suggest the assessment may have been simple, but the performance in a match that was tight, tense and difficult was far from such. St Kieran’s were slow to get going. They could have been left at the station.

Then they dug a goal out of nothing in what was an unlucky minute for the CBS - the 13th - to haul in opponents who were threatening to bury them. Equal terms at half-time was a good place for St Kieran’s.

And then the winning ace - or should that be double ace? - was played early in the second half when Mr Smith and his cohorts, Ken Maher, Ger Flood and Ken Archbold made telling substitutions.

That was the springing of Sean Morrissey, who was laid low by glandular fever the evening before the Leinster final and hadn’t played since, and Robbie Donnelly during the 10 minutes after the break. They made a huge difference. They grabbed seven points between them, which was a massive take and was hugely influential on the outcome.

Of course, there was a third daring Musketeer in an attack that was suddenly rapier sharp.

It was quietly efficient corner-forward, Tadhg O’Dwyer, whose 31st minute goal earned Kieran’s a lead they never lost. The James Stephens lad mined three lovely second half points on top of that as he caught the mood of a crew that suddenly appeared to believe that winning was their destiny.

From the arrival of Morrissey in the 35th minute the CBS were out-scored to the tune of 0-11 to 0-2. The difference was comprehensive in the end; far different than it had been in the League final late last year, when Kieran’s triumphed, and the Leinster final weeks ago, when the CBS collected silverware.

It was honours class hurling from the entire Kieran’s team.

“We offer our congratulations to St Kieran’s. They are worthy champions,” said CBS manager, Niall Tyrrell. “What can we say of our players? They are gutted. They are a great bunch of players; hugely talented. They will all rise again at some level.

There were warm and friendly handshakes all round from friends and in some cases club colleagues before the throw-in.

The CBS, whose lone All-Ireland win was registered way back in 1981, burst out of traps.

Luke Scanlon, who played a mighty match, clipped over an early point for the CBS as they made use of the elements and attacked the country end. Conor Murphy missed at the other end before a foul on James Lenihan earned a point from a free for Andrew Gaffney for the losers.

By the time the 10th minute was reached the CBS were 0-5 to no score clear. Gaffney (2) and James Lenihan snatched the balance of the scores. The CBS were flying. Kieran’s looked a little unsure.

The losers spirit and attitude were epitomised by centre-forward, Luke Scanlon, who raced back to his own ‘40’ at one stage to steal possession from an opponent.

The scoring flow was suddenly halted in the 13th minute. Jason Byrne delivered a ball forward for Kieran’s. No 14 Conor O’Carroll claimed it, but was knocked to the ground with his back to the goal.

He spotted Brian Cody racing towards him in full stride. O’Carroll popped up a perfect hand-pass. Cody gathered cleanly, crisply, and his strong momentum carried him through a hefty tackle.

Cody unleashed a vicious dipping shot from less than 20-metres. The net shook. Beautiful in terms of creation and execution!

A pointed free from Conor Murphy added momentum to the Kieran’s cause, but still they got little change out of a CBS defence that was standing firm as a unit, with Paddy Deegan a colossus at centre-back and Evan Cody starring on his left.

Scanlon landed a great point after an assist by Deegan (0-6 to 1-1) to halt the St Kieran’s advance. Still the winners inched forward. They gained parity of 1-4 to 0-7 right on half time. Interesting to note, the lone score from play conceded by the CBS was Cody’s goal.

The levelling point in the 31st minute came from Conor Murphy after Kevin Blanchfield had been ‘boxed in’ by defenders. The referee’s call against the CBS appeared harsh. In a somewhat similar incident at the other end moments earlier, the match official appeared to offer a different interpretation of the same rule when the man in possession was called up for over carrying.

For me, it was another perplexing afternoon in terms of rules interpretation. The CBS said nothing afterwards, but one suspects they weren’t happy. Understandable!

The CBS exploded into life again after the turn. Scanlon and Lenihan pointed within 53 seconds of the throw-in. Then Kieran’s did their party piece. They conjured up a goal out of virtually nothing.

Kevin Blanchfield delivered the ball in from the midfield area. Tadhg O’Dwyer timed his challenge better than all the rest and prodded the ball into the net from the edge of the square. Kieran’s were back in front (2-4 to 0-9); never to be headed again.

The CBS did get back level at 0-11 to 2-5 in the 35th minute. It was their last hurrah. Kieran’s full-back, Tommy Walsh, fielded a great ball from the sky in the next big play. It was an act of absolute defiance, by player and team.

The St Kieran’s bandwagon rolled on, with Morrissey, Donnelly and O’Dwyer the destroyers.