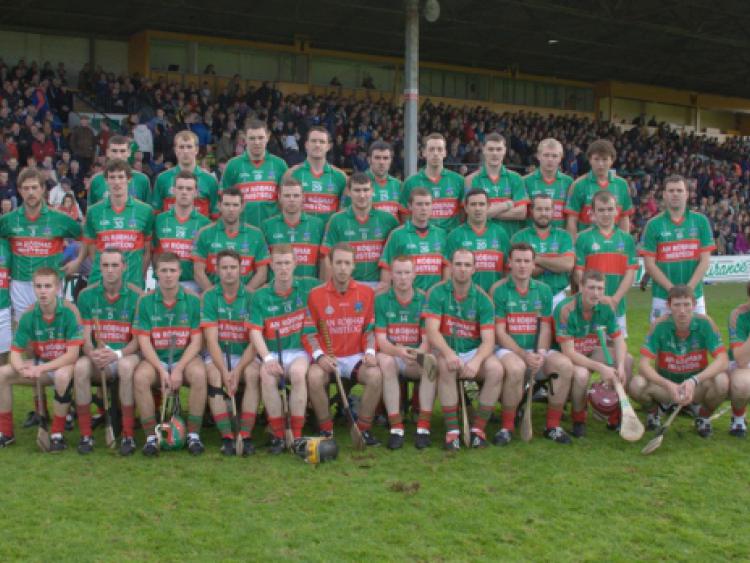 The mixture of relief and joy was etched across the face of Rower-Inistioge manager Ger Morrissey as he celebrated his side’s county final success.

The mixture of relief and joy was etched across the face of Rower-Inistioge manager Ger Morrissey as he celebrated his side’s county final success.

“We never do things the easy way,” he smiled, puffing out his cheeks as he took in the emotions flowing in the aftermath of the 2-13 to 2-11 win.

“We made such a good start that it looked like it was there for us to drive on, but they (the Emeralds) dug their heels in.

“That was what we expected,” he said. “It’s a county final, so we knew we were never going to get anything easy.”

While the end result was all that mattered in the here and now, there was also an air of caution for the future as the Rower look forward to being one of Kilkenny’s 12 senior hurling teams next year.

“Their second goal made things difficult for us,” the manager pointed out. “Whatever about the free that led to it, we lost the ball in the forwards. I’m not criticising them - it was a difficult day and there were a few nerves there - but we need to be a bit more settled on the ball.

“When we go into the senior ranks they’re going to have learn to deal with that as things will happen at a faster pace,” he added. “We’ll have to keep making the right decisions. Sometimes the wrong choices can cost you, but it’s a young team. They lost it in 2011 and they really, really wanted it this year. They ground this performance out and they kept going to the end. They’ve been a fantastic squad all year.”

Losing the county final to Danesfort in 2011 was a bitter pill for the Rower to swallow. It provided some momentum for this year’s campaign, but not until the time was right.

“We said very little about the 2011 final until right before this game,” said Morrissey. “You can’t jump the gun - you have to get into the county final first. We spoke about it; it was a motivating tool, but the lads had the experience of the day.

“We tried to make it work for us,” the manager added. “There’s no point having these bitter experiences unless you can learn something from them. For us, we learned that you can’t start slowly; you have to be fast and impose yourself on the game from early on.

“That’s what we did but fair play to Emeralds they came back,” he added. “They stuck at it, they worked hard and showed great commitment. I have tremendous respect for them but at the same time I thought we always could have done a little more to make it easy on ourselves.”

That second Aidan Fogarty goal brought the Emeralds right back into the game. The Rower had been caught, but they weren’t about to let the game slip.

“It took us a while to get going again,” he said. “We had to make a few changes, but we began to beef it up. You would worry that the lads wouldn’t get enough time to impose themselves on the game but the defence stuck to their task and kept going - if there had been another few minutes in the game I felt we could have stuck on a few more points, maybe even a goal.

“In all our games, throughout the league and championship, there have been periods where we’ve been under pressure and dipped, but we’ve bounced back,” he added. “We did it against Thomastown, we did it against St Patrick’s in the semi-final so it was a case of when will it happen in the final. It came in the last few minutes. For the captain, Michael Grace, to stand up and take that 65 and score it, that took serious bottle. He led the line today, so hats off to him.”

The captain was just one of many players who earned the plaudits from a proud manager.

“It’s the sum of their experiences,” he said of the win. “The players are at an age now where they need to be pushing on. Our minors are in the county final - there’s some classy hurlers there - but this win is a boost to the club in a big way. We’re in a good place.”