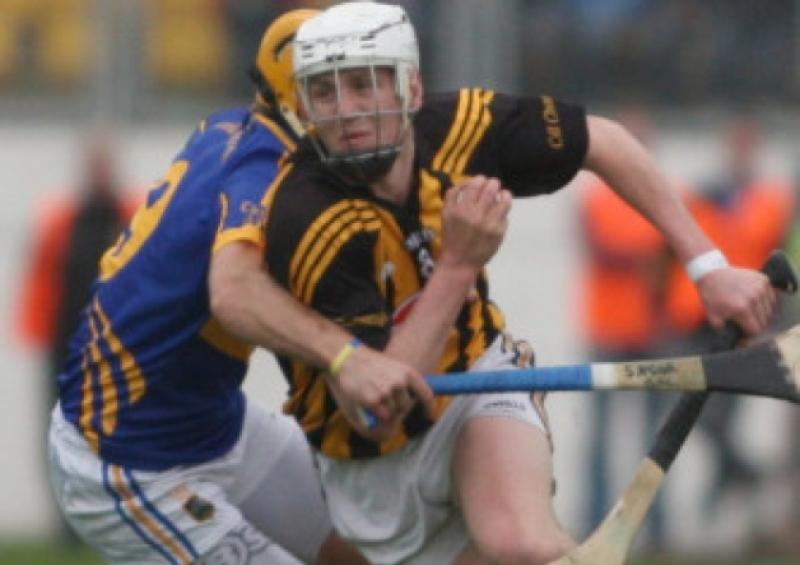 A SMILE that ran from ear to ear and the match sliotar safely tucked into his right sock. It’s fair to say that Lester Ryan more than enjoyed his first experience of playing in - and winning - the national league final on ‘home’ turf.

A SMILE that ran from ear to ear and the match sliotar safely tucked into his right sock. It’s fair to say that Lester Ryan more than enjoyed his first experience of playing in - and winning - the national league final on ‘home’ turf.

“It was great to win in Nowlan Park,” the Clara man beamed in the aftermath of Sunday’s national hurling league final win over Tipp. The game was right there until the end and Tipp really made us work for it. That made it all the more enjoyable when we won it.”

Playing in front of a full house made the day all the more special for Ryan, who had to deal with a seemingly endless stream of autograph and photo requests from a bulging crowd of well-wishers after the final whistle.

“Having the stadium full really added to the day,” he agreed. “There were as many Tipp people there as Kilkenny, which made it a great day for both counties.

“That’s what finals should be about - a big atmosphere and days like that,” Ryan added. “It was nice to have the game in Nowlan Park too, especially for us.”

And the day got even better after Kilkenny made a dream start, taking a 1-2 to 0-0 lead within a matter of minutes.

“That’s what every team wants,” said Ryan, who got the Cats up and running with the opening point of the afternoon. “We hadn’t been getting it in the league this season, but thankfully it was there for us in the final.

“It stood to us for a long time too,” he added. “There were long spells there where we were living off those two goals. They helped to keep us in the lead.”

Sunday’s 2-17 to 0-20 win over Tipp capped an incredible end to Kilkenny’s league campaign. Having lost the opening two games to Galway and Tipp the Cats left themselves in the position where they had to win their last three group games to make the league semi-finals. Now they are champions for the 16th time.

“That’s the joys of the league,” Ryan said, summing up the rollercoaster nature of the competition. “Tipperary were the same way, starting with a loss against Cork. They got a bit of a hammering for themselves but look where they were when it came to the final.

“The league is great in the way you can still bounce back after the first two matches and make it through to the final,” he added. “It shows a lot of character in any team that can do it.”

Both sides showed impressive form in the latter stages of the league, but there wasn’t a lot between them when it came to the final. It was almost looking like extra-time would be needed until Kilkenny stepped up a gear in the closing stages.

“There is never anything between the teams when it comes to Kilkenny and Tipp,” the midfielder noted. “You know both sides are going to give it an awful rattle when it comes to a national final as well. I wouldn’t have expected anything less from the two teams but to go out and give their all. Given the quality of the players on the pitch you knew it was going to be a good match.”

It was a satisfactory way to end the league for Ryan, who has done well in the competition. However, the Clara man simply saw it as getting his chance and taking it.

“It’s nice to get a jersey,” he said. “You work very hard in training to get it and when you’re given the chance you have to take it.

“I got a good run of League games but when they started both Michael Rice and Michael Fennelly were out, Cillian Buckley too, so there was a gap to fill in midfield. I got a run of consecutive games, so that was nice.”

When those players came back Ryan maintained his berth in the side. He also helped himself 1-7 in his outings before the final, including 1-1 against Clare and 0-3 in the semi-final against Galway.

“Game on game you’re waiting for Friday night when the team is called out,” he said. “Hopefully you’re there - if you are it means you have your chance. It’s up to you after that.

“Every game, every training session is a chance to hold on to that jersey,” he added. “Every club match too. You just have to keep going.”