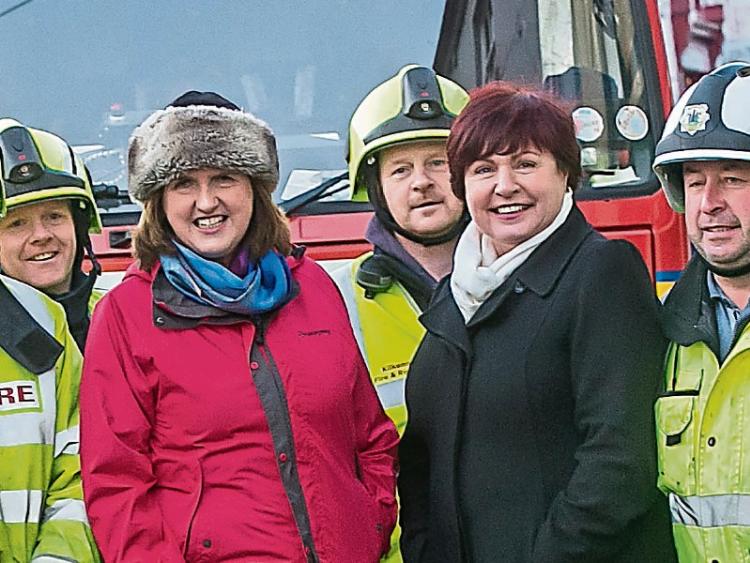 The recent flooding across the county particularly in Graignamanagh, Thomastown, Freshford, Inistioge and Piltown has had devastating consequences for the communities, their residents and businesses.

The economic viability of these towns has been immediately impacted upon as a result. Over the last week, I have been on the ground in these areas working with residents and businesses adversely affected by flooding. It is heart-breaking to see the level of destruction.

The harsh reality is that flooding is not a new phenomenon. It has had a very real and negative impact on our communities for many years. Coming from Graignamanagh, I know first-hand the level of destruction that is created when both the Barrow and the Duiske Rivers burst their banks. Sadly, for many, it is only when this occurs, does the issue of flooding and flood management come to the fore for a number of weeks. Then it's forgotten until next time.

Under previous Governments, flood risk in Ireland tended to be managed in a reactive manner - measures were introduced in response to the occurrence of flooding.

Thankfully, this Government has changed the focus of dealing with flood risk management from reactive to proactive. There is no question that this country faces an enormous challenge in the years ahead in addressing the risk of flooding. It is regretful that for years this has been an area which has endured significant under investment by previous Governments while many homes and businesses, families and individuals had to endure traumatic experience.

While we cannot prevent these extreme weather conditions, we can be prepared for them and counteract any potential damage. We need to act in tandem with other representatives and relevant state agencies, to help construct a mechanism that can be implemented in areas of high risk, to ensure that the best possible defences are constructed.

For years I have remained vocal on this issue, raising it with the relevant Ministers, officials and the relevant state agencies. Ironically, on the 23rd of December, I had just received correspondence from Minister Harris in response to my representations about flood management for Graignamanagh and Thomastown areas in which I was informed that a consultant was being appointed in January to undertake an assessment of these areas and the feasibility of implementing individual property protection measures.

The multi annual funding of €410m invested by this Government which will commence roll out this year in flood risk management measures will not only provide protection to homes and businesses in major urban areas such as Kilkenny city, but will include investment in many minor works projects to address more localised flooding problems such as in those areas that were badly affected.

The benefits, in human, economic and environmental terms, of an effective flood risk capital investment programme as part of an integrated whole-of-Government National Flood Risk Plan, are enormous however and I am determined that the substantial flood protection capital investment announced in September by my colleague, Minister for the OPW, Simon Harris, TD, will go a long way to delivering those benefits and alleviating the risk of flooding for all affected homes and businesses in this areas of high risk such as Graig, Thomastown, Inistioge, Freshford, Callan and Piltown.