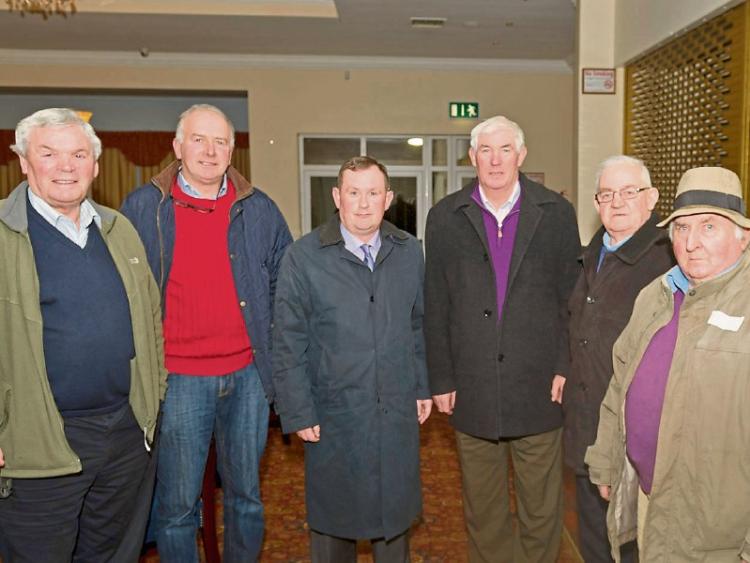 Fianna Fáil TD, Bobby Aylward says there is huge local opposition to the proposal to realign the county borders between South Kilkenny and Waterford.

Deputy Aylward made the comments after holding a public meeting on the issue which was attended by over 150 people.

“The public meeting that I held on this absurd proposal was in Slieverue, a parish which would be virtually divided into two should the proposal get the go ahead from the Government.

“There was a genuine sense of anger and fear among those in attendance. They simply do not want their community to be divided in two and I think this is a reasonable argument to make.

“I am vehemently opposed to this proposal. It is estimated that Kilkenny County Council would lose approximately €2 million in rates if this proposal is implemented.

“This is almost 15% of the local authorities overall intake and it is unclear how the shortfall in funding would be dealt with. It would most likely lead to a cut in services across Kilkenny.

“An awful lot of resources have been wasted in examining this unworkable proposal,” he claimed.

"GD’s - pressed their opposition to the move, but Minister Kelly seems to want to railroad through the proposal regardless. They need to do more to put an end to this madness. Many people suspect that this proposal is a politically motivated cue by Minister Paudie Coffey to feather his own nest ahead of the upcoming General Election.

"This issue crops up every 10 years or so and from what I am hearing on the ground, people on both sides of the boundary are sick and tired of it. Fianna Fáil was fighting the issue in my father's time, my brother Liam Aylward's time and I personally fought the issue previously as a member of Kilkenny County Council. The sentiment expressed in the past resonates strongly with the people today. They do not want to see this proposal implemented.

“I have written to my constituency colleagues Deputy John McGuinness, Deputy John Paul Phelan, Deputy Anne Phelan, Deputy Pat Deering and Senator Pat O’Neill asking for their signatures on a joint statement to the Taoiseach Enda Kenny calling on him to use his influence and request that Minister Kelly put an immediate stop to this whole debacle.”