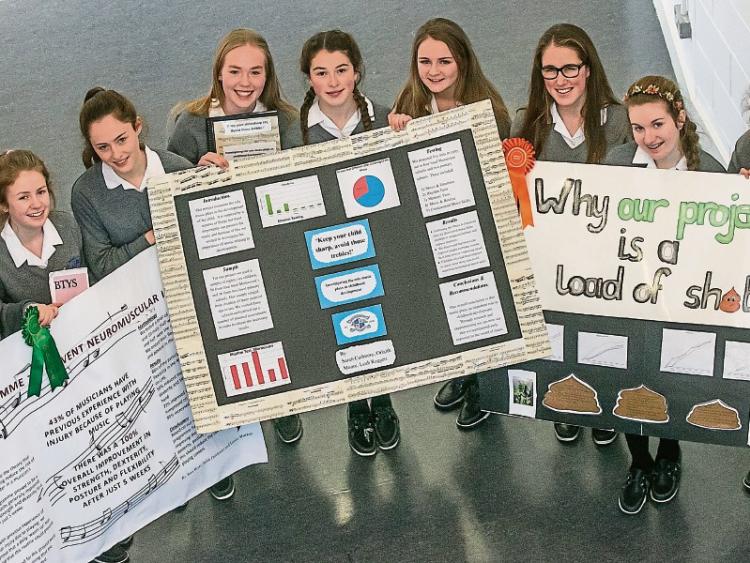 It was another hugely successful year, with local students bringing home eight awards – an increase from five awards last year.

Projects ranged from 'A Programme to Prevent Neuromuscular Injury in Musicians' (Loreto) to 'Tomhais de dhiallais ar fhreagair eiticúil idir dhaoine le huathachas agus gan uathachas' (Colaiste Pobail Osrai). Another project, from students in St Kieran's College, was 'To use rainwater as the source of water in radiators and toilets rather than paying for treated water only to be wasted in these devices', while students in Castlecomer Community School investigated if different breeds of sheep have different levels of intelligence and if they are capable of learning at different rates.

Students in CBS Kilkenny carried out a study examining the computer training requirements of senior citizens, while a group from Colaiste Mhuire Johnstown came up with ia device that measures energy consumption –a cheaper alternative to smart meters. It was among the eight local projects which received a Highly Commended award.

Almost 1,200 students from across Ireland covering 550 projects from 29 counties competed in the RDS for the coveted title of ‘BT Young Scientist(s) & Technologist(s) of the Year’.