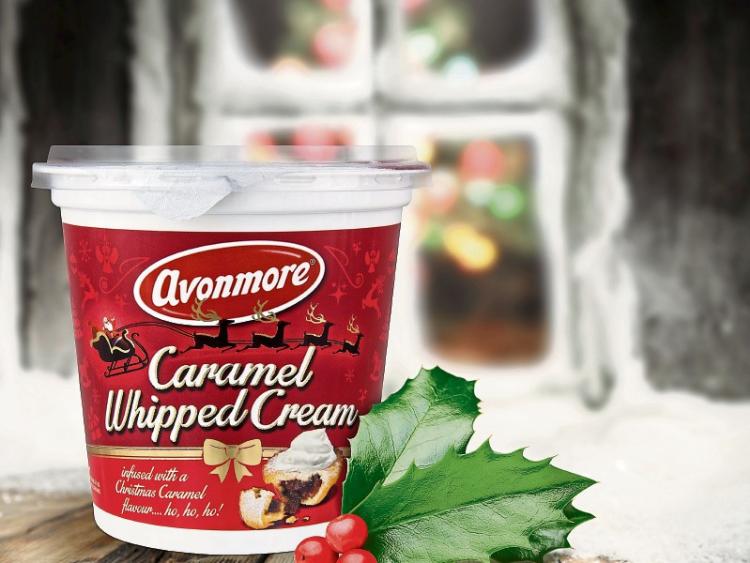 The week before Christmas saw the highest ever volume of Avonmore cream dispatched in a single day, while December 2015 was an overall record breaker with the highest ever volume of cream dispatched in a single week and a single month. The performance was driven by increased consumer demand and growth across all Avonmore’s major distribution channels including retail, food service and home deliveries.

Commenting, Colin Gordon, Chief Executive Officer of Glanbia Consumer Foods Ireland said: ‘This very strong performance by our range of marketing leading creams shows that Avonmore truly is the cream that makes Christmas. This year’s success has been driven by a range of factors including new product innovations such as Caramel Whipped Cream, improved packaging and very strong marketing campaigns. As economic sentiment continues to improve, consumers are increasingly looking for quality products which demonstrate real value. Our focus on delivering innovative, high quality products at competitive prices will ensure that Avonmore is well positioned to remain the most chosen grocery brand in Ireland into 2016 and beyond.’

across the category. Mooju Flavoured Milks had a record year with sales almost doubling year on year.

Marketing campaigns which drove the 2015 performance include a partnership with celebrity chefs Catherine Fulvio and Neven Maguire, a dedicated CookWithAvonmore.ie website, sponsorship of Weather bulletins on RTE and a supporting suite of above- and below- the line campaigns across the brand.