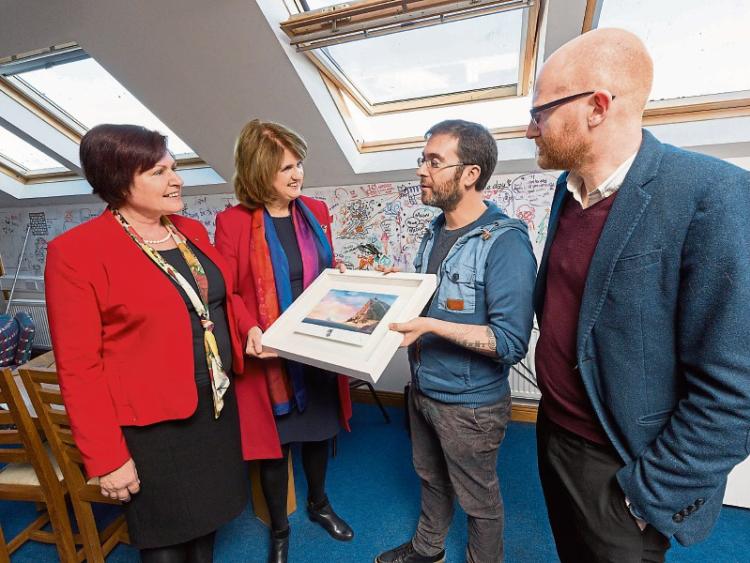 Tánaiste and Leader of the Labour Party, Joan Burton TD, is proposing to host a major Global Arts Forum for Ireland and believes work on it should get underway by the summer.

Modelled on the Global Irish Economic Forum, this international event would focus on highlighting Ireland’s arts and culture. Subsequent events could then take place in other major cities globally where there is a strong Irish cultural link.

Speaking from Cartoon Saloon, the successful animation company based in the centre of KKilkenny city, the Tánaiste said: “We have put a huge amount of effort into highlighting Ireland’s excellence as a business location and this has paid off in spades. This week’s figures from the IDA show the agency’s most successful year in decades with more than 187,000 people now employed in multi-national companies here.

“Given our wealth of talent and creativity, I believe we need to put the same effort into highlighting our work in the fields of arts, culture and design. We have world class artists, musicians, writers and designers, such as the creative team here at Cartoon Saloon, and a Global Arts Forum for Ireland would be an opportunity to both highlight this and to map a strong and healthy future for arts and culture at home and abroad.

“I also believe that such a Forum could then be taken to cities across the globe with strong links to Ireland to bring the message to a wider audience. This will lead to new opportunities, job creation and an exchange of ideas.”

The Tánaiste is on a visit to Kilkenny with Minister of State and Labour candidate in the Carlow Kilkenny constituency Ann Phelan. They visited Oscar-nominated animation company Cartoon Saloon. The animation sector is estimated to be worth some half a billion euros to the Irish economy.

The Tánaiste also outlined Labour plans to get more children involved in the arts, through “Cul Camps” in publicly-funded arts centres.

“The GAA has had great success with its Cul Camp training programmes for children of all ages. Let’s do something similar for the arts using the infrastructure of publicly-funded arts centres,” said Minister Burton.

“While many of our arts centres provide services to young people, with the help of the Arts Council we could build on this by encouraging more arts centres to get involved and transform this into a national programme,” she said.

I would like Labour to take a lead in working with the Arts Council on setting up and financing this proposal.”

The Tánaiste and Minister Phelan are also attending a Women’s Networking Lunch and visiting St Kieran’s College today. The school recently provided a site to the Department of Education for two new non-denominational schools for the Kilkenny city.