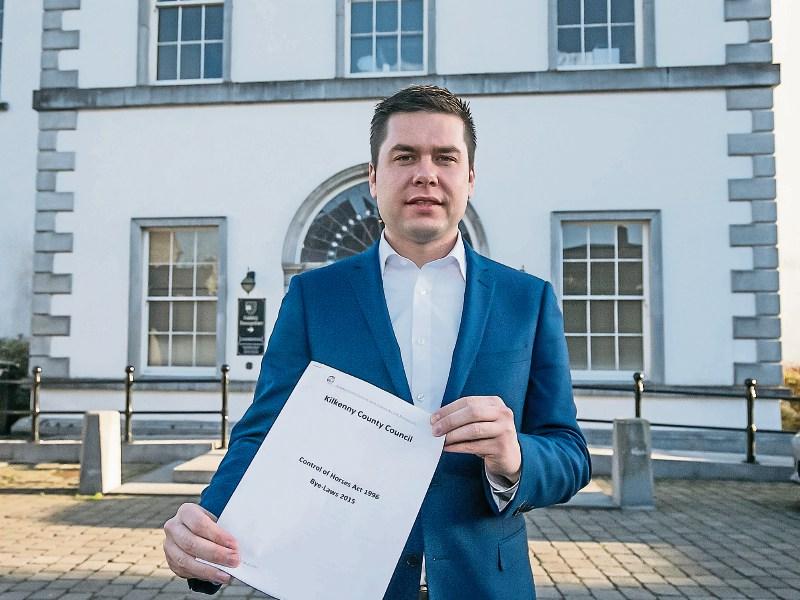 Kilkenny has become the first city and county to officially outlaw sulky racing on public roads, following the passing of a new set of bylaws.

A period of public consultation on the draft bylaws took place last year, during which five submissions were received. A number of amendments were then made to the bylaws, and local councillors have now given their approval to the final wording.

Local councillor Andrew McGuinness, who as Mayor of Kilkenny last year brought the matter to the council, has welcomed the outcome of his original Notice of Motion.

"I'm delighted that this proposal has now made it into law and in the coming days Kilkenny will officially be the first city and county in Ireland to take such action in tackling a hazardous road safety issue and a serious animal welfare issue,” he said.

"When I originally made this proposal, it didn't come lightly. Sulky racing and the horrific abuse of horses in Kilkenny had, in my view, spiralled out of control.

“We were witnessing appalling scenes of horses left for dead by the roadside, horses being beaten, horses being raced on public roads risking the lives of road users and those involved and so on. It had to stop.”

Submissions came in from a number of individuals and one local family, while consultation was held with local Travellers also. The Gardai and county solicitor were also consulted.

The new laws also bring in a number of measures that Cllr McGuinness says will help to create a much safer environment for horses, while also making it difficult for people who really don't care about the welfare of the animals to actually own one.

Any horse on a public road must have a horse license, the horse must be fitted with a bridlel, and the animal cannot graze in a public place without written consent from the council.

“If you do have a horse, you must prove that you are the legal occupier of the land you keep it on and you must ensure potable water is constantly available and wholesome and suitable food must be supplied regularly,” says Cllr McGuinness.

"In the law there is a set of guidelines requiring the care of the horse to be prioritised including the proper maintenance of the area the horse is kept in with the provision of a shelter, adequate exercise facilities and veterinary care. The land must also be registered with the Department of Agriculture.”

Cllr McGuinness thanked his fellow councillors for unanimously supporting the proposal to bring in the by- law, and also paid tribute toformer director of services, Philip O' Neill who he said was instrumental in helping draft the proposal, Carol McCarthyof Kilkenny County Council who also did a huge amount of work, the local Gardai for their contributions and to the Kilkenny People and local media for highlighting the issue.

"Hopefully, this law will help us to put an end to a horrific issue in Kilkenny once and for all,” he said.

“We are the first in the country to do this, and so I am encouraging local authorities all over Ireland to follow Kilkenny's lead.”