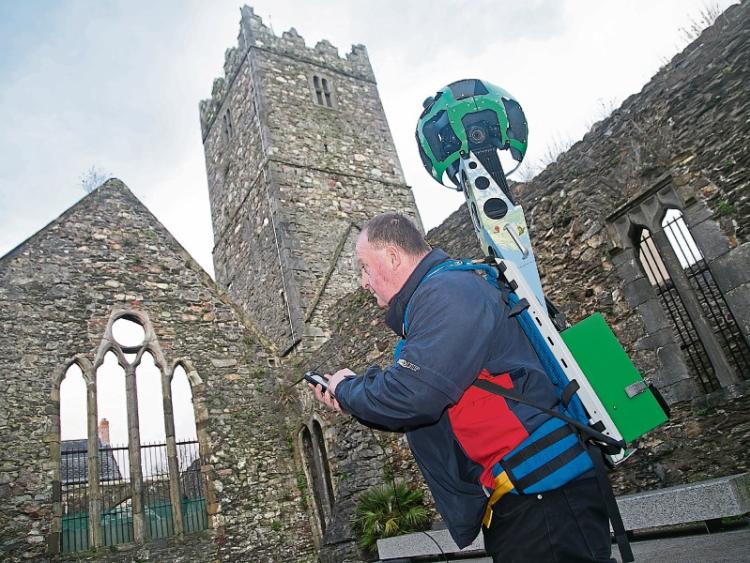 Fáilte Ireland has borrowed Google technology to document some of the tourism beauty spots in Ireland’s Ancient East, which haven’t yet been captured by Google Street View, including parts of Kilkenny such as Castlecomer Discovery Park; Woodstock Gardens and Arboretum; Jerpoint Park and Dunmore Cave.

The Google Trekker is being accessed through Google’s ‘Trekker Loan Programme’ and has been used over the last number of months to capture Street View imagery in remote places where the car can’t go. Over the last several weeks, Fáilte Ireland has been capturing footage of many places people have not been able to see on Google Streetview and will be literally putting some of Ireland’s Ancient East’s most beautiful sights on the map.

The Trekker is a wearable backpack, with a camera system on top, designed by Google. The Trekker can be walked through pedestrian walkways or trails on foot, and automatically gathers images as it goes. Starting late last year, the Google Trekker has already captured sights including Clonmacnoise, and Dunbrody Abbey & Visitor Centre as well as other significant destinations such as The Hill of Tara, The Rock of Cashel and Glendalough Visitor Centre.

“Six out of ten visitors to Ireland last year cited the internet as an influence when choosing the country as a destination. Three quarters of visitors told us that they use the internet to plan their itinerary here before arriving. The use of Google Trekker is therefore a welcome addition to Fáilte Ireland’s significant engagement with digital and social media to promote Ireland.

”When finally captured and uploaded, we hope that millions worldwide get to explore narrow streets of medieval towns, the grounds of stately homes and iconic attractions in Ireland’s East and South through Google street view. We also hope that these images inspire many viewers to subsequently make the crucial decision to come over here to see the real thing.”

Fáilte Ireland is committing in excess of €18m to further developing Ireland’s Ancient East in 2016, including capital investment in visitor experiences, funding festivals and events to support the brand, sales platforms for local businesses, branded orientation signage, a dedicated website as well as marketing at home and abroad.