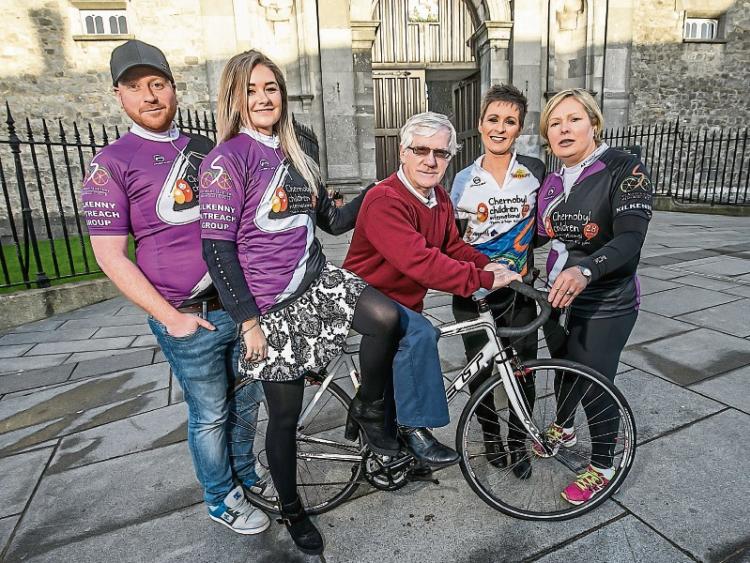 The ninth running of the annual Chernobyl Charity Cycle will be a fitting way to mark the 30th year of the Chernobyl-Kilkenny Outreach Group.

The event is in memory of Mary Slattery, and all proceeds will go to assisting the group in its charitable efforts. Training for the cycle is going to begin shortly, and there’s a great opportunity there to take part for anyone interested in getting involved in cycling or helping out a worthy cause.

Last year was Marian’s first time to take part, and she is looking forward to getting back on the bike. Alan is a veteran of the cycle, while this will be Susan's third year.

“It's very sociable, and you don't have to be in peak physical condition. It's great for someone maybe thinking of getting into cycling.”

Raising funds, they say, tends to be relatively straightforward. Some people hold coffee mornings, table quizzes, or other events to get the required amount of €300.

Along the way, there are plenty of stops for food and refreshment, or just a bit of a break. Alan says that many local businesses and places along the way show their support for the cycle, and let participants use their facilities and the like.

“We overnight in a hotel in Dungarvan, and there is a gala meal,”he says.

There are also massages for the cyclists' sore and weary limbs. Then there's a bit of a party and celebration – but not too much, because they have to cycle back the next day.

“It's not competitive, it's at your own pace,” says Marian.

The route is around 200km in total.

Some of those taking part are seasoned veterans of the cycle, but every year sees some new faces. Over 100 people took part last year.

With the date set for the June Bank Holiday weekend, training starts in March. It generally takes place on Sunday mornings and Thursday evenings, and is also fun and sociable.

The training is provided and it's all free after the fundraised amount. There is also a €65 registration fee which covers expenses along the way, such as accommodation.

“All you need is a bike and a helmet,” says Susan.