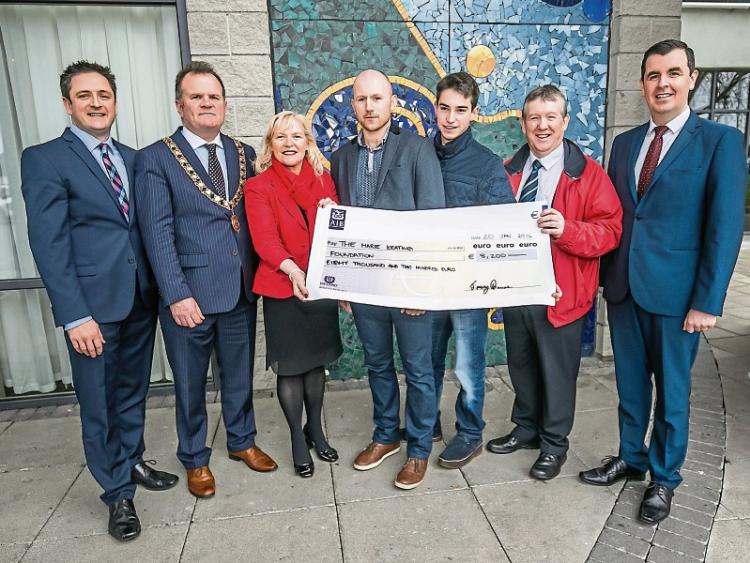 The kind-hearted actions of one young man who decided to do something positive in the months following his father's death raised over €8,000 for a leading cancer charity.

Sean Doyle died last May from lung cancer, at the age of 54, after being diagnosed the previous July.

Last November over 80 cyclists took part in the Cycle to Shave event in order to raise money for the Marie Keating Foundation. The Doyle family received support from the charity during Sean's illness and his son Jimmy wanted to give something back.

“When Dad was receiving treatment we all wanted to spend as much time as we could with him and that meant missing work sometimes so that we could bring him to appointments. We just wanted to be with him as much as we could.

“A nurse told me that there was a grant available with the Marie Keating Foundation to support families and they sent my mother out a cheque for €500 that Christmas. The grants provides a little bit of help and support,” said Jimmy.

“I wanted to both pay tribute to my father and also to say thank you to the Marie Keating Foundation by organising a charity cycle during November, Men’s Health Month,” he added.

The inaugural Sean Dunne Memorial Cycle was a huge success and raised over €8,200 for the Marie Keating Foundation. These funds will help the charity continue to offer services such as its Comfort Fund, which supports families who are struggling financially as a result of cancer.

The cycle, which started in the Newpark Hotel covered a 50km route with a feed station in Ballyragget.

“I want to thank everyone who came out in the wind and the rain and participated in the event. I also want to give a special mention to all the stewards and thank my family and friends and especially my wife, Elaine. I also want to thank the Newpark Hotel for sponsoring the food and the ambulance on the day and hopefully the Sean Doyle Memorial Cycle will become an annual event.