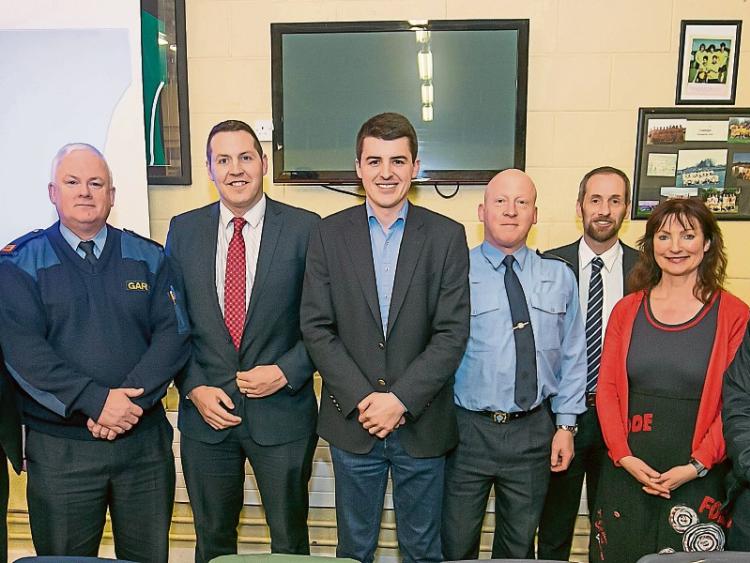 A text alert scheme which will help combat crime and enhance a sense of community is planned for the Thomastown area.

A public meeting took place last week at Grennan College, which was organised by the chairman of the Joint Policing Commitee, Cllr Patrick McKee.

Inspector Connolly said that the text alert schemes were 'a good way of communicating with the public in an instant'.

“If a crime is being committed then you can reach a large audience immediately. It also helps to track travelling criminals. Being part of a community text scheme is advantageous.

“People living in a locality are the ears and eyes of the community and if they give us information then we can react to that ,” he said.

At present there are 40 text alert groups operating in the Carlow/Kilkenny garda division.

“We want to have one up and running in every urban and rural area. It is a huge tool in creating awareness and preventing crime and sometimes in detecting crime.

“It is a great way of the gardai and the community working together,” said Sgt McConnon.

Cllr Peter Cleere was involved in setting up a similar scheme in Graignamanagh and Skeoughvosteen last year to which 490 people have subscribed.

“Last year people were feeling vulnerable but now we have come together as a group and formed a committee people are feeling a lot safer,” he said.

Cllr Michael Doyle also told the meeting that a scheme is in existence in The Rower/Inistioge.

“It creates a huge awareness of people's own security and has been very beneficial for us as a community,” he said.

Sgt Hughes also outlined how the system works and how it serves both the community and the local Gardai.

“If members of the community have concerns they contact the gardai who then investigate and respond and if it is appropriate information is circulated via the text alert scheme.

“It can work as a warning system or as an information system,” he said.

Members of the public who attended the meeting were positive and enthusiastic about forming a scheme in the locality.

Contact details were gathered and a date for further meeting will be confirmed over the coming weeks.

“The wider community has a responsibility in supporting the gardai.

“A text alert scheme is an effective tool in deterring and detecting crime and is very worthwhile,” concluded Cllr Pat McKee.