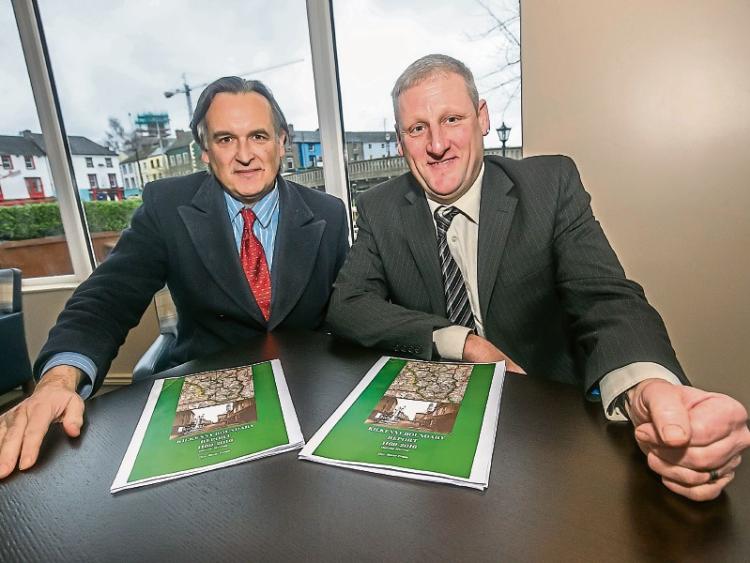 Local historian and writer Gabriel Murray has published his own report into the Waterford/Kilkenny boundary review, in which he questions the legitimacy of any potential change, as well as the process involved.

Community activist Noel G Walsh now intends to take the report to the High Court this week to challenge Minister for the Environment, Community and Local Government Alan Kelly on the basis for establishing the boundary committee and any possible change.

In his report, 'Kilkenny Boundary Report 1169-2016', Mr Murray disputes the minister's interpretation of the legislation surrounding the preparing of reports on geographical and local govenment or administrative boundaries, and the making of orders regarding local electoral boundaries. This refers to sections in the Local Government Acts of 1991 and 1941

Mr Murray also suggests that any alteration made to the boundary, effectively changing the county of origin of swathes of Kilkenny people, could be a violation of their Human Rights.

Article 14 of theEuropean Convention on Human Rights refers to discrimination on any ground 'such as sex, race, colour, language, religion, political or other opinion, national or social origin, association with a national minority, property, birth or other status'.

Mr Murray says the change would mean the imposition of Waterford as a new cultural identity on thousands of Kilkenny people.

“Their 'identity' would be distorted and challenged.”

Noel G Walsh, an independent candidate in Carlow/Kilkenny for the forthcoming General Election, says he will bring legal proceedings this week, and request a motion for the court to have the boundary committee disbanded.

It's estimated that around 20,000 submissions were made to the three-person boundary committee during the recent public consultation process. A note on the boundary review website says that these submissions would be made available on the page after the January 15 deadline.

The Waterford Boundary Committee must furnish to the Minister, no later than March 31, a report of its review and recommendations, which will thenbe published.