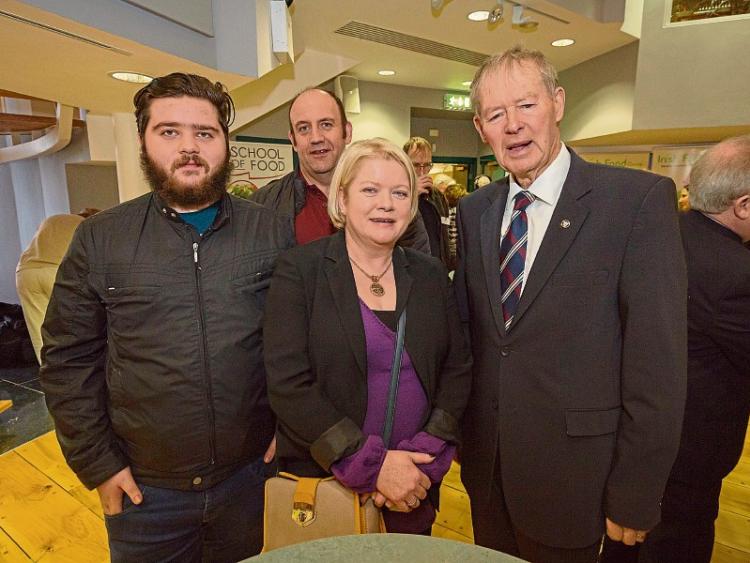 Of all the schemes introduced across Ireland and wider Europe, LEADER has been an outstanding example of the good that can be done for communities by communities, according to GAA commentator and champion for rural Ireland, Micheál Ó Muircheartaigh.

Speaking at the launch of Kilkenny LEADER Partnership’s ‘End of Programme Report 2007-2013, he said it was a pity that Ireland had slipped from being a flagship country for community development to virtual extinction over such a short space of time.

Community development was one of the least noticed victims of austerity, Brian Harvey, independent social researcher told those assembled for the launch. “When austerity came, most of the community groups that used to protect them were no longer there. 31% of workers in the voluntary and community sector are estimated to be gone. Nothing like this had happened in Europe since 1948. Although government funding fell 7% over 2008-14, funding for voluntary and community groups fell between 35% and 45%.”

Mr Harvey urged those still interested in community development to ensure that its approach, method and values were conserved, so that they could be applied if “a political change for the better” were ever to come.

Kilkenny LEADER Partnership Chairman, Denis Drennan, commended all involved in LEADER and said it had supported over 300 projects with over €13m in grant aid over the last 7 years.

“We are proud to publish our end of programme report and I commend the many voluntary groups and small businesses that had the courage and initiative to invest in these development projects.

“I am sure that all will agree that the standard, scale and diversity of these projects is outstanding and a credit to what rural Kilkenny can do when given the resources and the support to make the decisions needed to develop projects in this area.

“Over the coming weeks, we will be making an application to continue as the Local Action Group or the contract holder for the new LEADER programme up to 2020. We believe we can continue to serve as an independent champion of rural Kilkenny and we look forward to working with the promoters and all the stakeholders on that ambitious project. We thank everyone who has been with us on this journey for their support,” he added.

A decision on who will administer the fund in Kilkenny is expected to be made in mid-March.