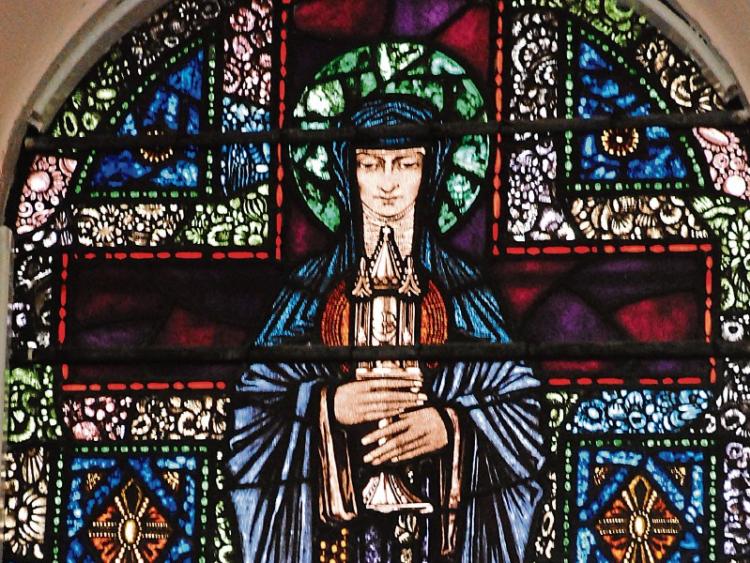 The Capuchins arrived in Ireland in 1615 and celebrated their quadri-centenary in 2015.

The Order has been associated with Kilkenny since the mid-seventeenth century, when Capuchin Friars moved there, following the burning “by heretics” of their Mullingar premises.

Initially, they stayed in a rented house near St. Canice’s Cathedral. Subsequently, Dr. David Rothe (1573-1650), Bishop of Ossary (1620-50), gave them charge of one of the chapels in the Cathedral. In the middle of the eighteenth century, the Capuchins left Kilkenny but returned in the 1770s and re-established the Order in an alms house, known as the Poor House Chapel, on Friary Street (formerly Watkin Street). The first wing of the friary was built on the site of the Poor House in Friary Street c1873/4. The second wing was built in 1879, at right angles to the first, and extends along Pennyfeather Lane.

The present Church of St Francis, which adjoins the friary, was built in the 1850s. It is constructed in a six bay double height Italianate classical style with six bay lean-to single storey side aisles. When it was being built by the Capuchins in Kilkenny, pillars, pediments and altar cornices were secured from the old Cathedral of St. Mary’s and installed in the new St Francis Church.

From the outside, the Capuchin buildings are unprepossessing as they are tucked away in Friary Street, off the main street in Kilkenny, so could easily be missed. Inside, St. Francis Church is larger than one might expect and well preserved. There are twenty-four windows high up near the ceiling, twelve on either side of the nave. Eight of the twenty-four windows have stained glass, four depict the Sacred Heart and St Francis on the right-hand side, and the Virgin and St Patrick on the left-hand side, of the nave. They are possibly by William Earley (1872-1956).

The other four stained glass windows are of particular interest as they were made in the studio of J. Clarke & Sons, North Frederick Street, Dublin between 1926 and 1929. Joshua Clarke (c1868-1921) had died and the studio was being run by his sons Walter Clarke (c1887-1930), who dealt with business matters, and Harry Clarke (1889-1931), who dealt with stained glass matters. Harry Clarke was born in Dublin and, during his short life, he was one of the first indigenous stained glass artists to achieve international recognition. He was also a renowned graphic artist. He was educated at Belvedere College, Dublin (1896-1903) and on leaving school joined the family business. He studied Art in Dublin (1905-10) and in London (1906). He won the gold medal for stained glass in the national competition, organised by the Board of Education, in three successive years (1911-13). In 1914, he was awarded a travelling scholarship and he used this to study stained glass in France. Harry was influenced by the medieval glass he saw at this time and by Continental artists, which is evident in his work. However, he developed his own unique style, with its exquisite drawing details and jewel-like colours, and succeeded in adapting modern European art to an Irish style.

From correspondence contained in the Manuscript Library at Trinity College, Dublin (TCD), these four windows were produced in the Clarke Studio between 1926 and 1929, during the time when Harry designed and supervised the production of all windows for the Studio. The four windows are:-

On the right-hand side of the altar, in the sanctuary area, is St. Louis, King of France (1214-70). He was the only king of France to be canonised. It has the inscription Munus Fratorum Tertii Ordinis S.P.N. Francisci 1928 (Brothers of the Third Order of St Francis 1928) (Fig. 1)

On the left-hand side of the altar, also in the sanctuary area, is St Elizabeth of Hungary (1207-31). She was a princess and became a symbol of Christian charity. It has the inscription Munus Sororum Tertii Ordinis S.P.N. Francisci 1928 (Sisters of the Third Order of St Francis 1928) (Fig. 2)

On the left-hand side of the nave is St Clare (1194-1253). She was one of the first followers of St. Francis of Assisi and was also the founder of the Poor Clare’s’ Order. The window was commissioned in 1928 and has the inscription - In Memoriam Michael & Hanora Murphy. (Fig. 3)

On the right-hand side of the nave is St Anthony of Padua (1195-1231). He is known as the saint for finding things and lost people. The window was commissioned in 1927 and has the inscription - In Memoriam Michael & Margaret O’Neill. (Fig. 4)

There are probably very few people in Kilkenny who realise that St Francis Church has such hidden gems. To coincide with their quadri-centenary, an exhibition is currently on display in the Capuchin Friary, until the 22nd February 2016 (inclusive). It is well worth a visit along with the four stained glass windows designed by Harry Clarke.