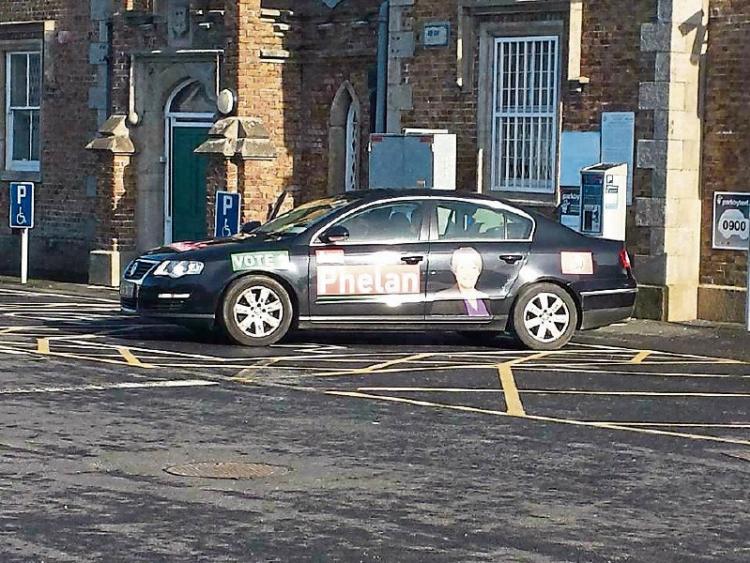 With electioneering reaching fever pitch ahead of the general election on Friday, a number of smear campaigns against individual candidates have now emerged.

One involved placing “I'm A Liar” stickers on the posters of Fine Gael candidate, John Paul Phelan and Labour Minister for Rural Affairs, Ann Phelan in certain parts of the county, close to Carlow and in the city.

However the most sinister and vindictive, harassment was launched against a man with a physical disability.

A member of Ann Phelan's campaign team, the pensioner was correctly using a disabled car space.

It was claimed, completely inaccurately, that he was able bodied.

A photo of Dave Doherty's car, parked in a disabled bay in Carlow town centre was photographed and immediately put on line.

Within minutes it was on a Facebook page and the criticism of the outgoing minister began was harsh with unapologetic comments about her..

It was posted and shared by a number of politically motivated individuals.

“A great deal of Ann’s posters were targeted and a member of her campaign team who has a disability was photographed and put up online with the insinuation that he was illegally parked in a disabled parking bay,” Andrea Cleere, a member of the campaign team and an official within SIPTU said.

“I have never seen this in elections before. Its very unfair to everyone and undermines the democratic process,” she added.