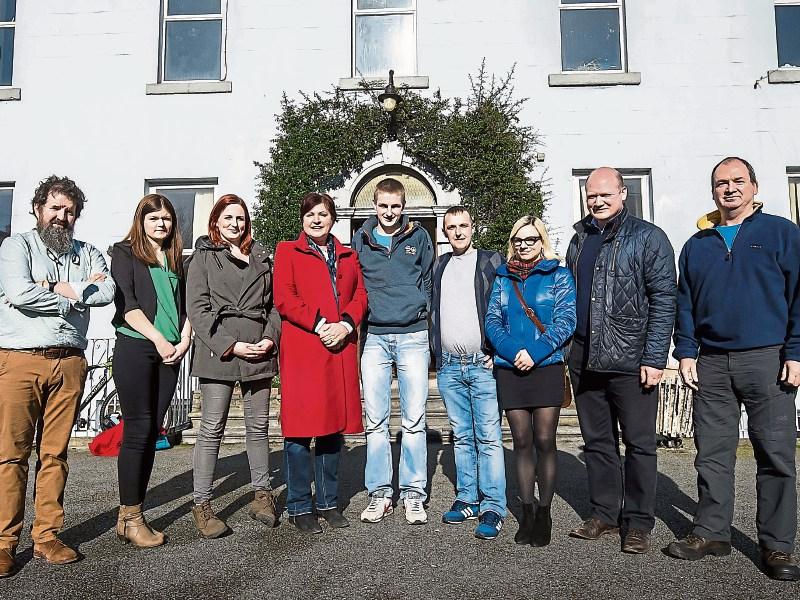 A lively debate with candidates took place at the Good Shepherd Centre where residents voiced their frustration over the lack of affordable accommodation and employment.

The event was organised by some of the men at the centre and three of the candidates attended - Adrienne Wallace, Minister Ann Phelan, Cllr Kathleen Funchion and Cllr David Fitzgerald. A representative of Cllr Malcolm Noonan also attended the event.

The service users spoke eloquently about how they believe that the current government is failing them.

One father, who is staying at the centre asked the candidates if any of them were willing to make housing a priority.

“I went looking for an apartment recently. Most landlords won't take the Housing Assistance Payment (HAP). People need housing. Is anyone going to make it a priority,” he asked adding that the limit on the HAP meant that it was 'unachievable' to find accommodation.

“You can't stay in this town if you are on HAP,” he said. Another resident at the centre spoke about the sheer volume of houses closed up and asked why the council is not doing something about it.

Labour Minister Phelan said that 'housing has always been a core Labour Party issue' and added that her party colleague Minister Alan Kelly had made housing 'his first priority'. She also confirmed that 43 million euro has been allocated to Kilkenny for social housing.

Adrienne Wallace, who is a candidate for People before Profit said that her party's policy is to take 20,000 off NAMA and use them to help address the housing situation.

“This is not only people getting homes but it is also creating employment,” she said.

Fine Gael Councillor, David Fitzgerald said that the State has to go back to building houses and added that there is housing planned for the Brewery site and the Butts area of the city.

“The failure of the Part V legislation (whereby developers were given the option to set aside a percentage of housing as social housing) is the real reason behind the housing crisis,” he added.

Niamh Moroney who attended the meeting as a representative of Malcolm Noonan said that there was 'a need to revamp unoccupied space'.

Another young man addressed the candidates in respect of both homelessness and drug addiction.

“I know of people that have been sleeping on our streets for seven or ten years.

“We don't want to admit that we have a drugs and a homeless problem because we are a tourist town.”

The lack of services for people being released from prison was also raised by a service user who said that there was 'a void' when it came to services of this kind and added that he had been 'left high and dry'.

Several of the men who are staying at the centre described CE schemes and internships as 'State-sponsored slavery'.

“The only thing to entice someone to get off the dole is if a job pays,” said another service user.

Cllr Fitzgerald remarked that there is an economic recovery but that it is 'not evenly spread'.

“There are two Irelands emerging and it will be up to the next government to bring in some equity.”

Cllr Kathleen Funchion said that she did not believe that there is an economic recovery and remarked how the homelessness crisis is escalating.

The general consensus from all sides was that the meeting was a fruitful one but service users made it clear that there are disillusioned with the main political parties.

“People have no confidence in the main parties - they just pass the baton from one to the other and they are all the same.”