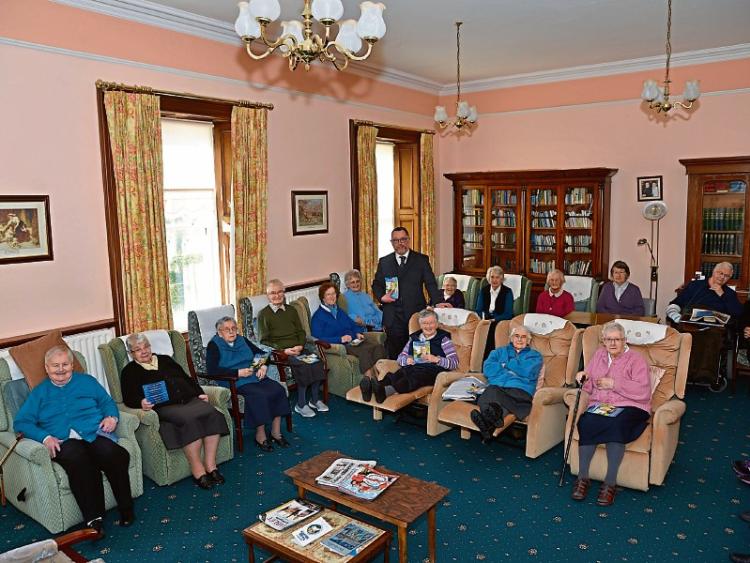 If you want to know your own place, canvas it, Paddy Manning tells me as we walk door to door, a few miles outside the city.

And he's right, the fear that has gripped large parts of the Carlow-Kilkenny constituency comes into focus when you hear people unlocking not one but two bolts as you knock on their front door.

When they see Paddy, they smile and he receives a very good response at every house. Maybe its because its his first time running and he is, it must be said, a breath of fresh air, he wears his heart on his sleeve.

An unapologetic law and order man, he has been canvassing since he was 16 years of and has never witnessed such fear among people.

“Burglaries are so routine, so opportunistic that people lock their door as they go in: leaving it unlocked is only inviting trouble,” he said.

“It’s not just at the doors that you hear about the crime issue. A lovely and brave lady was patrolling Glynn Mass on Sunday morning, a Neighbourhood Watch initiative to prevent more cars being broken into while the owners are at Mass,” he pointed out

“There is no trace of anger or recrimination in her, she and her neighbours do the best they can for each other,” he said.

“I think people should be angry because crime is treated with lip service; victims abandoned and the Gardai under resourced and under trained,” he claimed.

“Time and time again I’ve met people shocked by the attitude of mainstream media to their values and the way in which Christianity is now held by national media organisations.

“My most instantly popular policy was my long held belief that the TV Licence should be scrapped, that no media organisation was entitled to force citizens to pay it,” he said.

“Several hundred times I was asked about my position on abortion, only twice did voters indicate a pro-abortion position. Clearly I don’t meet the Irish Times constituency,” he said.

“You learn, that you cannot please all everyone. Being told in an expletive laced rant by a man that I could shove myself and by expensive three piece suit up parts where I won’t go was an experience not to be repeated,” he honestly recalled.

“It didn’t seem the place to point out I’d bought the suit for €25 in a charity shop and I see canvassing as a job interview.

“One lady told me I looked fatter in my poster than in real life which must be a compliment of sorts.

“The jerk driving mostly on his wrong side, at high speed, on full lights, between Fenagh and Myshall on Saturday night, who took off my driver mirror, has had several benedictions sung at him,” he added.

However, he is heartened by the warmth of Irish people on the campaign trail.

“I’ve been offered tea at doors on cold nights, asked about my own family by people who knew me through that most Irish of ways, a connection.

“There was wonderful woman at Coon Mass who took a hundred leaflets because there was a connection and she thought I was campaigning for the right things.

“Even those that disagree have wished me luck and in a three week campaign I’ve received more help than anybody could expect and I deeply appreciate it.

“One woman told me I had her number one although she agreed with me on nothing, but I had told her the truth. It’s a good way to earn a vote.”