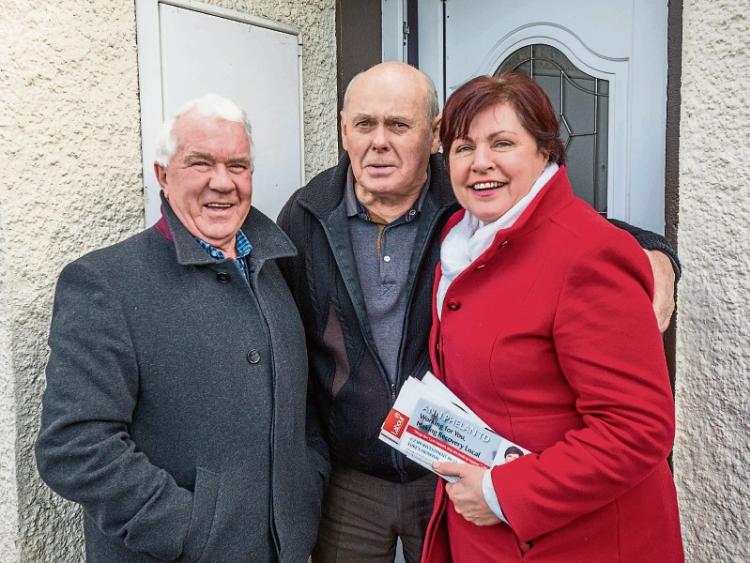 With a week to go before polling day in a General Election, even seasoned politicians are bound to feel a few nerves.

Last Thursday, Labour TD Ann Phelan admitted to getting 'a bit jittery' as the day loomed, but like others in her position, there is a belief that her record will speak for itself. She was first elected to the Dail in 2011, and subsequently was given a junior ministerial role in this outgoing Government.

But since 2011, the Labour Party's fortunes have changed, falling in the polls in the past three years. The so-called 'Spring Tide' of 1992, when Seamus Pattison received an incredible 24.6% of the First Preference vote here, must seem long ago. It was the highest percentage any candidate received in a General Election in this constituency since 1932, and is since unequalled.

Last week, it was difficult to guage what was going on, different polls showing differing fortunes. It's no time to rest easy, but Carlow-Kilkenny is one area which may not be so swift to discard Labour.

“It's going okay – we are getting a good reaction generally on the doors,” Ann tells me, as we head around the Ring in Bennettsbridge. She has a big team out with her, including three former councillors.

Given Labour's recent woes, I half-expect one or two people to have a bit of a go at the Minister of State. These expectations are not borne out – while not everyone promises a vote, there are no angry tirades or outbursts from anyone. Of course, it always helps in Bennettsbridge if you can count Jim Treacy on your team beside you.

At the first door we get to, Ann tells Michael Ryan she will be looking for a number one vote, and he seems positively disposed toward her.

The Labour TD is polite and engaged, and she remembers people at the door. Like other candidates with whom I have been on the campaign trail, she says jobs and housing are the major issues .

“Housing is an issue in the big centres of population, like Ferrybank or the city,” she says. Another thing that has come up, says Ann, is the Waterford/south Kilkenny boundary review.

“The Waterford submission was a robust sumission,” and we will have to be on our guard,” she says.

At one house, Willie Simpson has a great welcome for Ann: “A Graignamanagh woman – I was born not far from it,” he says.

Ann greets him and asks if he knows why she's here.

“Ah, there must be a hurling match coming up,” quips.

“There is,” Ann fires back, “and we've plenty of ground hurling to play.”

Her ministerial brief is rural affairs – an important issue in this constituency.

“I think I have visited nearly every community at this stage,” she says.

“I think we are going to see really exciting things for towns and villages. We have a plan and a framework, and we now need to implement it and learn the lessons from the past.

“We always sold ourselves as needing to get a second term to make sure the recovery is bedded down. We are at a fragile point in time and we need to not change horses during the race.”