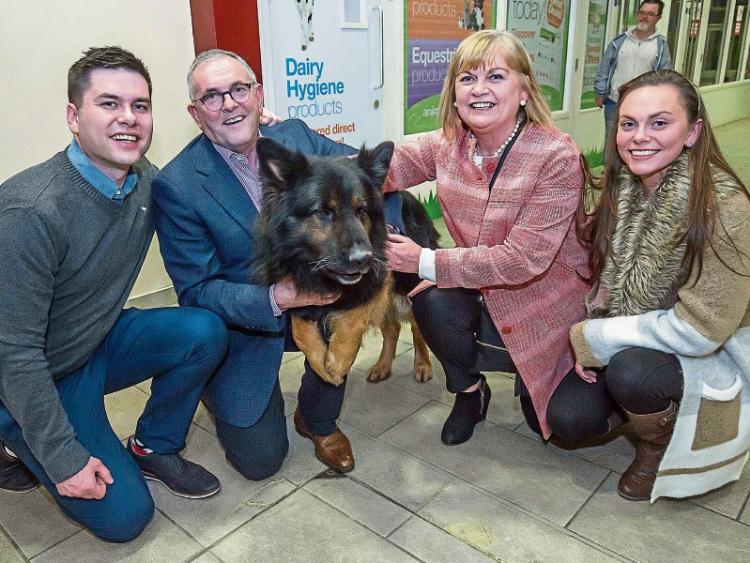 John McGuinness enjoyed a stunning electoral success on Saturday, heading the poll and almost getting a third seat for the Fianna Fail party.

He was hoisted into the air by long time confidante, Cllr Pat Fitzpatrick and son, Cllr Andrew after returning officer, Marie Garahy announced that he had exceeded the quota and deemed him the first person elected in Carlow-Kilkenny.

He was very restrained in his victory speech and he was particularly anxious not to forget his family and his old friends who had stood behind him, as well as the electorate.

He said family was everything and he didn't stay too long after he was elected.

He said one thing was clear, help had to be forthcoming for the ordinary people in danger of losing their homes and for small business, under pressure from the banks .

“We helped out the banks and big business now it's time to help out those small business people who are in debt.

“They are the life-blood of this country and for once, they have to be put first, not large financial institutions and others.

He said it was the same with homelessness and said it was a disgrace that families in Kilkenny were living in hotels and that it is something that is fixable with the right political will.

And he wants to take the politics out of health and stop the blame game over the HSE.

He said it was time for politicians to stop bickering over who is to blame for hospital waiting lists, trollies in corridors; hard pressed A&Es and cut backs at every level.

“Whoever is in power has to agree with all the other parties what needs to be done; cost it and fix the health system,” he said.

He claimed that if the election had shown one thing, it was that people had suffered enough.

“Its time we all raised a white flag and came out in the open to solve it.

“We have to solve the issues in St Luke's and Kilcreene and just agree what needs to be done and do it without resorting to sniping at each other on the floor of the Dail or over the airwaves.”

He said the election had been a sobering experience for him and brought home, the pain which people were experiencing.