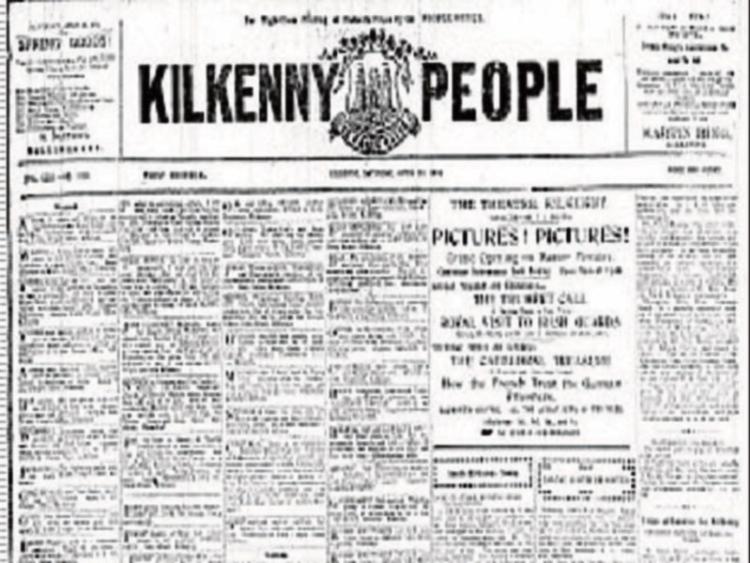 In next week's Kilkenny People, and running for four weeks in all, a stunning look back at Kilkenny during 1916 - the days before the Rising in Kilkenny, the local reaction and the aftermath which inspired the birth of our nation.

As Ireland celebrates an historic centenary, the Kilkenny People can look back on its leading role, in particular after the Rising, as the voice of nationalism.

That strong voice, in particular that of the paper's first editor ET Keane, helped spread Ireland's cause throughout the world, and stir the local populace to ultimately take action during the War of Independence.

This newspaper was censored during Easter Week, and up to 100 troops threateningly gathered outside its offices - then on James Street - on the Thursday of the Rising.

The four special supplements are a must for all our readers and those interested in local history.

Also for schools and colleges who are studying the 1916 Rising, Kilkenny's role and that of individuals from the city was quite telling and these pages record those events.

One of the signatories of the proclamation, Thomas MacDonagh, taught at St Kieran's College and joined the Gaelic League in Kilkenny. The supplements will be printed in broadsheet format and will be positioned in the middle of the newspaper, from next week, for four weeks.

We do hope that you enjoy your collection and gain further insight in to the lives of local Kilkenny people during one of the most tumoultous times in the history of Ireland.

Issue one begins with events leading up to 1916, and looks back on a Royal visit just twelve years previous!