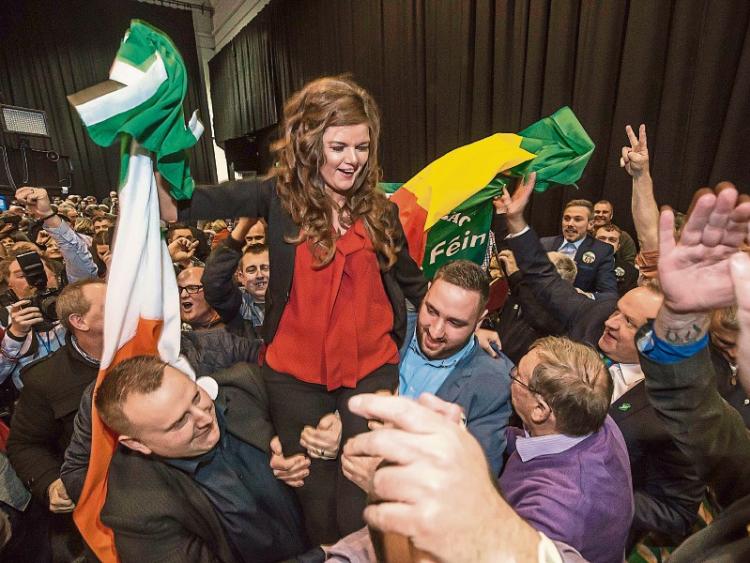 Kathleen Funchion has become the first Sinn Fein candidate to win a Dail seat in the Carlow-Kilkenny constituency in almost a century.

She was elected on the tenth count shortly after 11pm on Saturday evening, following the distribution of votes from eliminated Fine Gael candidate David Fitzgerald. Funchion, a sitting councillor in Kilkenny City West, had polled 8,700 First Preferences.

It was a more than unusual night for the first time TD. She was also taking part in the Strictly Let's Dance Callan event, which took place in the Lyrath Hotel, only a few hundred yards down the road from the count centre.

She had arrived at the announcement of the first count ready for the stage and prepared for her performance, before leaving take part in the competition, and returning later. Deputy First Minister of Northern Ireland Martin McGuinness also joined her in the afternoon.

From the outset, things had looked good for Sinn Fein here. She had been widely tipped for a seat prior to the election, and the final tally showed her on 12.4%. She received the highest percentage vote in Carlow of any of the Kilkenny-based candidates.

It was the fourth time that Funchion had contested a Dail seat here, following general elections in 2007 and 2011, and a by-election last year. She was the only woman to be elected in this constituency this time.

Originally from Callan, the mother of two boys has a trade union background, and works with SIPTU as a workers' rights advocate. She was first elected to Kilkenny Borough Council in 2009.