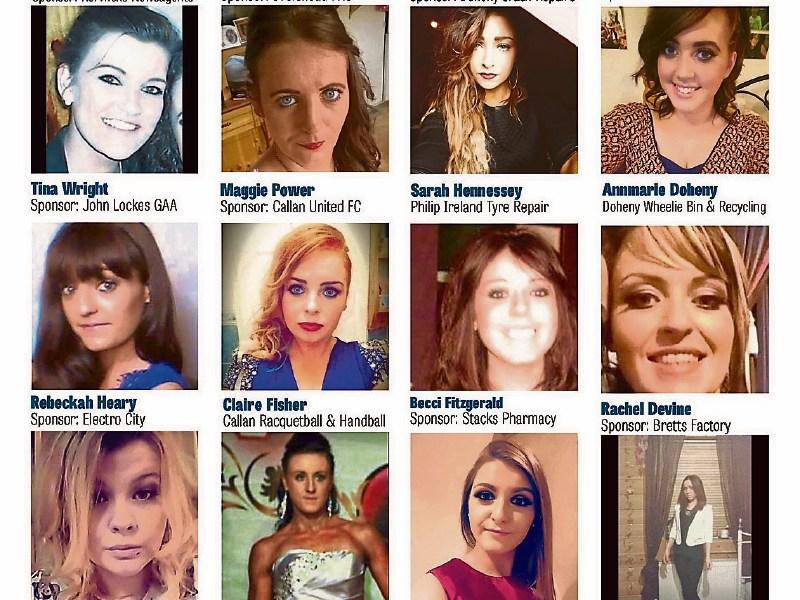 The Callan Rose Festival is now in its second year and it's hoped the event will be as successful as last year's.

Over €3770 was raised in 2015 for the chosen beneficiary, Callan Memorial, which will help towards erectIng a monument commemorating people from Callan and surrounding areas who died in WWI.

The aim of the festival is to give young women and men in and from the town a festival experience. All proceeds from this year's festival go to Callan United Soccer Club.

Local businesses come together and support local charities, while the events celebrate their commitment and talent to Callan.

It inspires and motivates the upcoming generation of the Callan Rose Festival as well.

The festival kicks of on March 5, with Rose launch night in old Charter House Bar on Green Street in Callan at 8pm.

Rose introduction night is on March 12 in Keogh's bar on Mill Street in Callan at 8pm.

A Rose and escort '80s style fashion show takes place in the Cosy Inn bar on Mill Street in Callan at 8pm.

The Rose final takes place on March 26 starting from Fennellys on Bridge Street, with photographs of all our roses in their vintage cars by Kilkenny vintage motor club.

The Rose parade starts at 6pm, where Roses are driven to the final destination Carroll's Bar on Mill Street, in which the new Rose will be crowned.