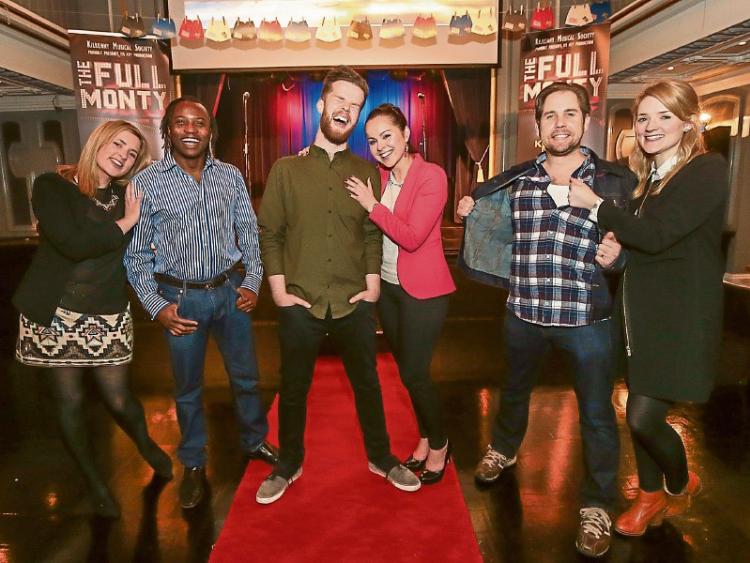 In the sumptuous surroundings of The Set Theatre in the heart of the city, a devoted bunch of musical theatre enthusiasts launched what is sure to be one of the most exciting events in the Watergate Theatre’s calendar.

Kilkenny Musical Society’s 2016 production of ‘The Full Monty was officially kicked off with a gala gathering on Friday night.

Show director Christine Scarry was full of enthusiasm for the upcoming production and praised the ‘hardworking and talented cast’ which will bring this hilarious rock comedy musical to life. Current society chairperson and well known performer, Sarah Brennan, spoke of ‘the society’s commitment to providing top class entertainment for the people of Kilkenny and beyond’ and expressed her delight at seeing that ‘tickets were already flying out the door’. Society PRO Kevina Hayes stressed ‘the importance of the local community supporting these performers and the society’ and thanked Ger Cody and all the staff at the Watergate Theatre for their ‘continued support in promoting their annual productions’.

Considering that Kilkenny Musical Society are the first amateur group to perform this musical in the south east region, the anticipation is palpable and large group bookings are already coming in faster than you can say ‘leave your hat on’! The highlight of the 2016 show launch was the introeduction of ‘The Monty Men’; the six actors, singers and dancers chosen to go where no men have gone before! Local performers and past KMS participants Aidan Byrne, Fergal Miller and Eoghan Fingleton make up three of the Monty crew, while newcomers Lekan Akinyemi, John Coss and Gary Finegan complete the line up.

This show is a guaranteed sell out as well as a guaranteed great night's entertainment. The show will be staged from April 10 to April 16 inclusive. For tickets call the Watergate on 056-7761674 or at www.watergatetheatre.com