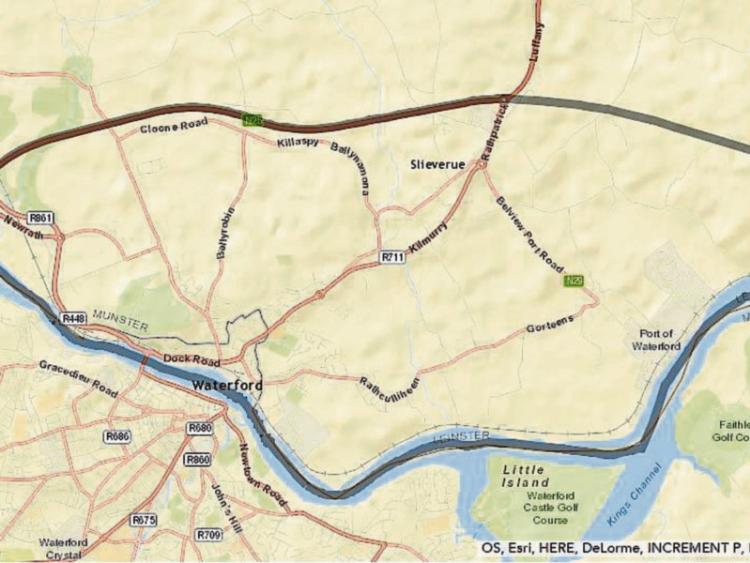 The Waterford TD, who failed to hold onto his seat in the General Election, has repeatedly come in for criticism since the setting up of the Waterford boundary review. On Wednesday, councillors said that this was a symptom of a lack of appetite for any boundary change, and agreed to write to the Taoiseach seeking an end to the review.

Over 19,000 submissions made to the boundary commmittee have now been made available online. They are divided into roughly seven different standard types.

Council official Kevin Hanley told the members that the council executive has been working on a number of queries from the boundary committee. He said that the council had been asked to respond to Waterford's submission, that it had, and further queries were coming in now.

Cllr Tomas Breathnach (Labour) asked if the members would have a chance to formally respond to Waterford's submission. Mr Hanley said they would at an upcoming meeting.

"I know we wrote to the ministers and the Taoiseach but I think we should write again in light of the election results and the government situation we have now," he said.

"The minister particularly involved in this, Paudie Coffey, lost his seat. Alan Kelly nearly lost his. I propose we formally write again to ask the Taoiseach to withdraw this. It's not wanted and it's costing us a lot of money.”

This proposal was seconded by Cllr Eamon Aylward (Fianna Fail).

Mr Hanley then clarified that the members had not written to the Taoiseach, but rather to the ministers involved.

Cllr Pat Dunphy (Fine Gael) said it had got to the stage where the boundary committee was going to report back on the matter anyway.

Cllr Fidelis Doherty (Fine Gael) said she had been at the recent Fine Gael Ard Fheis, where she had had an opportunity to ask the Taoiseach a question in person.

"I said 'now is the time', and I outlined the situation," she said.

Cllr Dunphy then said that Waterford's submission amounted to a weak argument.

"Waterford has sent in a pretty large submission - and one that I wouldn't be happy with some of it.

"If people in Waterford were really concerned about the boundary, Paudie Coffey would still be a TD,” he said.

“He didn't get that mandate. People are coming up to me every day and asking about this.

“What [Cllr Doherty] said about – if it is non-binding and nothing is going to come of it, why are we spending all this money on it?"

Cllr Aylward said he would not put past Alan Kelly in his final days as Minister of the Environment to have the 'sting of a dying wasp'.

"We have had very few submissions frrom Waterford on it,” he said

“The people of Waterford are not that bothered but we have had a huge number from Kilkenny.”

"There was never any mandate for this proposal in the first place," he said.

"I believe in the strength of our response. We have to be mindful of what [Cllr Frisby] has said – we have a caretaker, transitional government right now.

"If we didn't write to the Taoiseach before, let's do it now in his caretaker capacity. And whatever Government is formed, let's have our letter ready to go to say 'for God's sake let this come to an end now'.