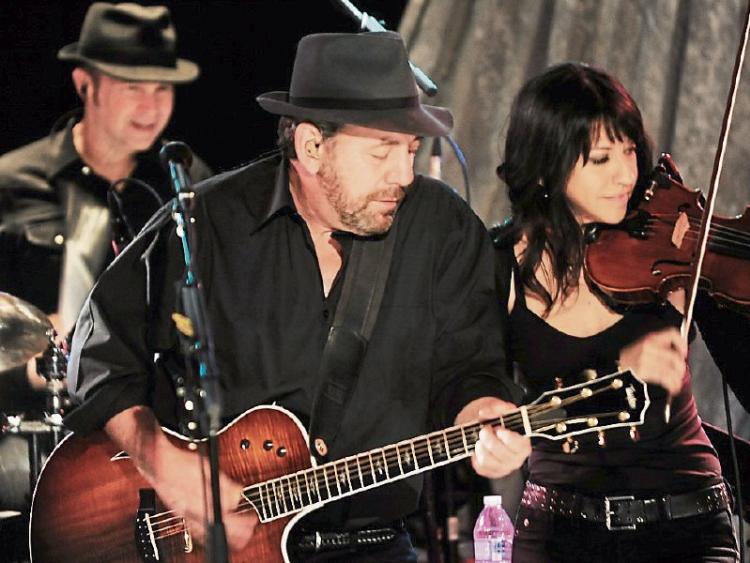 A US billionaire who doesn't give interviews, controls a huge media empire and owns Madison Square Gardens, New York is coming to play at the Kilkenny Roots Festival during the May bank holiday weekend, writes Sean Keane.

However, James Dolan is paying all his own costs to play at the best little festival in Ireland, having previously toured and provided back up for The Eagles and Bruce Springsteen.

Jim Dolan is the lead singer of JD & The Straight Shot which have also toured alongside The Allman Brothers Band, ZZ Top, and Robert Randolph.

Jim Dolan is also the CEO of Cablevision and the band's music has also been featured in films as well, including Hurricane Season.

The band is scheduled to open for Jewel on her 2016 Picking Up the Pieces North American Tour.

They have two gigs at the Roots Festival as part of Smithwick's Music Trail.

On Saturday, April 30, they play Rafter Dempsey's on Friary Street at 10pm.

On Sunday, May 1 they will be on stage in Kyteler's Inn, Kieran Street at 11pm.

Hayes Caroll is one of the big names at this year's festival. Richmond Fontaine will release their first album since 2012 in April and will be visiting Kilkenny for two shows.

The band is lead by Willy Vlautin. He has published a fourth novel, ‘The Free’.

Another coup for the festival is the signing of Teddy Thompson and Kelly Jones for a show at The Watergate Theatre on Sunday, May 1.

The festival includes over 80 free gigs to the Smithwick’s Music Trail.