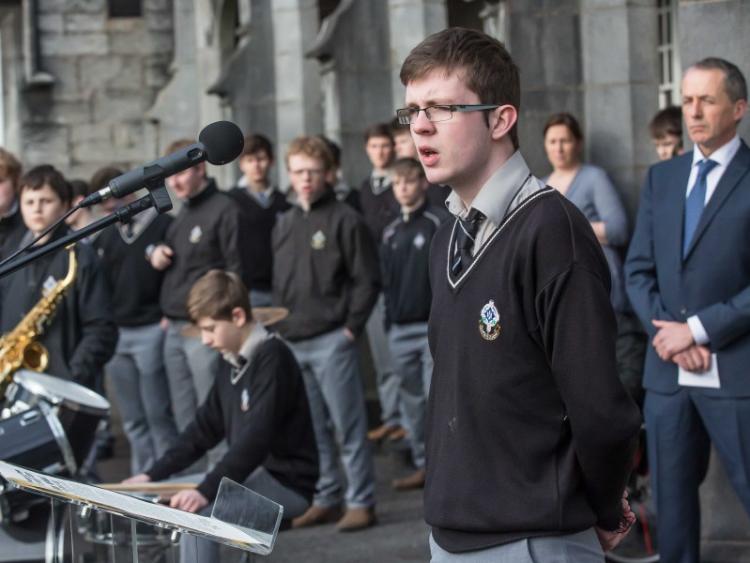 While thousands of schools marked the day in some way, it was particularly significant for the local school. One of the seven leaders of the Rising, Thomas MacDonagh, taught there in the years prior.

The day's activities saw a combination of speech, music, art, drama and learning. Events unfolded on the college lawns in front of students, staff, parents and invited guests.

College President Rev Dr Dermot Ryan gave a speech, noting that that all of Ireland, not just the seven signatories, was fighting a battle in 1916.

Sixth Year student Liam Wallace read the proclamation before Conor Byrne accompanied by Lt Kealan O’ Toole hoisted the tricolour. Liam then read a new proclamation for today's generation, espousing the hopes and desires of the students for Ireland not only today but into its future.

Former school principal Michael McDiarmada explored some local contributions to the struggles of 1916 and those after. A number of fifth year students then helped bring this history to life by means of a series of monologues, poems, and reflections on the events that helped shape our nation.

Celebrations and tributes continued during the day.