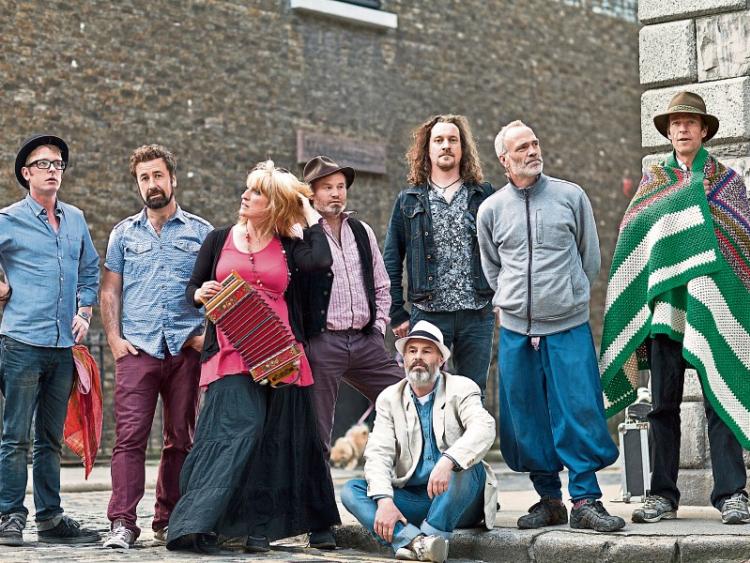 Organisers of St Patrick’s Day celebrations are gearing up for Kilkenny’s biggest parade to date, with over 40 participants, community groups and clubs taking part in the annual parade. Over 20,000 members of the public attend the parade in 2015. The theme for the 2016 parade is ‘Kilkenny 1916-2016, Reflect Our Past History - Celebrate Our Future’.

Chairperson of the St Patrick’s Day Festival Committee Cllr Malcolm Noonan states “This year’s festival is going to be the biggest and best yet. ‘The forecast looks promising and that will bring out the crowds.”

Irish wolfhound Fionn is the newly acquired mascot for the 3rd Infantry Battalion at James Stephens Barracks and along with members of both the Permanent and Reserve elements of the Battalion, will lead the parade which starts at 1pm from St. John’s Church on Thursday 17th March.

“We are pleased that the civic element of the Parade will be acknowledged in the procession of invited Mayors with our own City Mayor leading the Parade. We also have a number of significant twinning and friendship agreements to be signed at a special ceremony afterwards in Kilkenny Castle. This in my view represents the new Ireland; the legacy of 1916 is an Ireland reaching the hand of friendship across Europe and beyond. Kilkenny has welcomed refugees, children from Chernobyl, people from many nationalities and we want our Parade to be a celebration of inter- culturalism and welcome to all’ said Cllr Noonan.

From ‘tunes on the streets’ with Anthony McAuley and The Maguire Family to ‘The Tallest Smallest Circus’ to Hakuna Matata Acrobats and not to mention the crazy Mountebonk crew from Westport, the streets of Kilkenny will be shining bright and bold throughout the day.

“This is a family friendly event and we want people of all ages to enjoy the parade and other activities we have planned for the day. We are asking the business community to come on board and to decorate their premises, shopfronts and above shops.” stated Malcolm Noonan.

Kila will headline in the beautiful grounds of Kilkenny Castle Park post parade. Up and coming local acts Martin Power and Ryan Thomas will open for Kila in the park at 2.15pm.

St. Patrick’s Day organisers are encouraging people to join the start of the parade at 1pm from St John’s Church on Thursday. For details on Kilkenny’s St Patrick’s Day visit www.kilkennytradfest.com