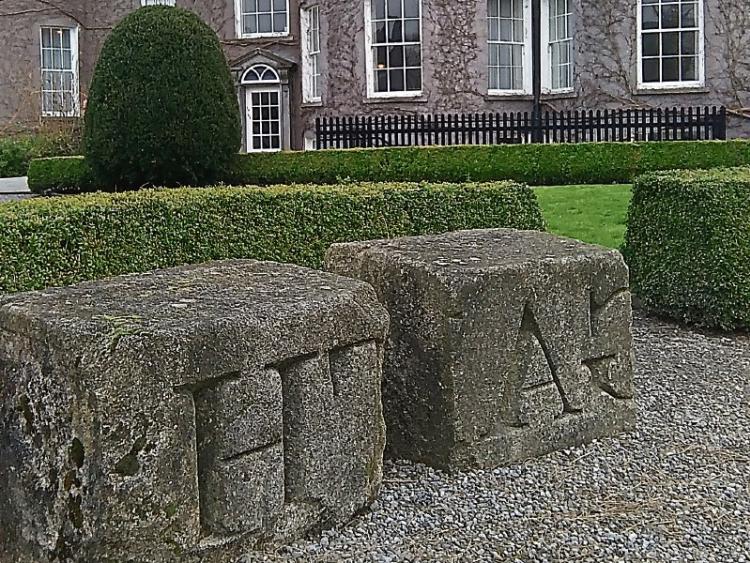 It's time to dispel or debunk a mystery that has been circulated for nearly 50 years, writes Sean Keane.

The granite plinth stones from Nelson's Pillar on O'Connell Street, Dublin have lain in the garden of Butler House, Patrick Street, Kilkenny for over four decades, unknown to the public at large.

According to a number of websites and online articles, there is a code to the lettering - Hogwash.

The 16 pieces of granite stone which lay around the pond in the garden of Butler House are the letters from some of Nelson's famous military victories, in particular Battle of Copenhagen and the Battle of Cape St Vincent.

Last week marked the 50th anniversary of the bombing of the pillar and yet no one linked the city with the famous event.

however, visitors and local alike are really surprised to learn that the plinth pieces from the Pillar celebrating England's great navel hero, ended up in Kilkenny.

It's not so curious when you consider the history of Butler House which was owned by the Butlers of Ormonde and was built for Lady Eleanor Butler who lived here after the death of her husband Walter in 1783.

First mention of the plinth stones coming to Kilkenny was in the late 60s, when a notice of motion appeared on the agenda for Kilkenny Corporation meeting, asking that the city take the stones because they would otherwise have to be dumped.

However, we have learned through former Kilkenny Castle head guide, Frank Kavanagh that the stones found there way to Kilkenny thanks to the late William Walsh, first manager of the famed Kilkenny Design Workshops and the late Jim Gibbons, the then Minister for Agriculture.

The Duke of Ormonde

Both men wanted them placed at Kilkenny Castle and this formed part of the negotiations by the State to buy the castle from the Duke of Ormonde.

The Duke declined the offer and then Mr Walsh, suggested the stones be placed on The Parade.

Mr Gibbons agreed but felt the time was not right because of the strong strong Republican tradition in the city.

At that time, Butler House was rented out by the late Dr Harry Roche who was happy to leave the stones in his elaborate back garden.

The 16 square blocks of granite surround the pond and it might be a good idea to visit the garden and see hoe many of Nelson's famous battle victories you can make out from the letters.