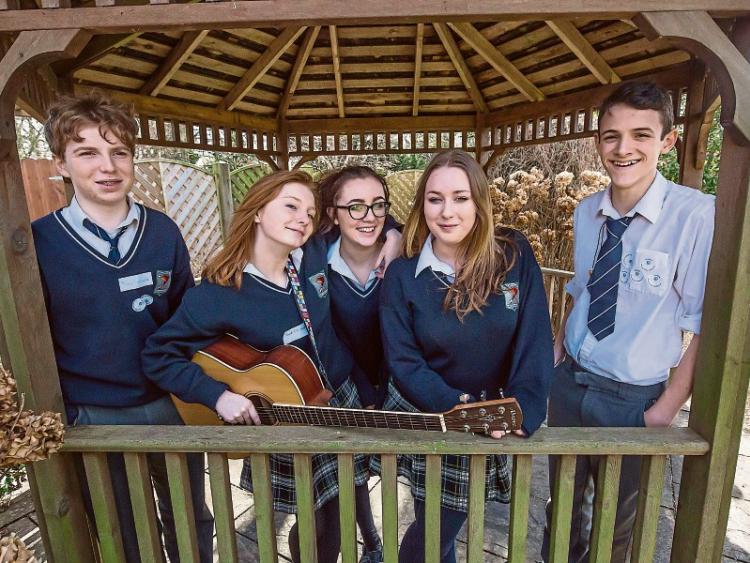 There was no shortage of invention and innovation on display at last Wednesday's county final of the Student Enterprise Awards.

The annual event showcases the business ideas of local teenagers, with the winners then going on to compete in national finals. Over 30 different companies and projects were involved in this year's event.

A web-based business for teens/adults to swap or borrow clothes, 'Swoparoo.com', developed by Ava Morrissey, Keeva O’Brien and Sinead Tuohy, from Loreto Secondary School impressed the judges and they were awarded the Science and Technology award.

One enterprising group of young CBS Kilkenny students came up with twodifferent guides – one relating to the stock market and how to make sensible investments, and the other on video games.

“It's hints, tips and trivia to enhance the user experience,” they explained.

A group of St Kieran's College students came up with 'Shar Jerseys'. They purchase national and club soccer jerseys from a company in the USA and sell them on – but at a fraction of the cost you'd pay in most sports shops.

Despite using just about half the mark up of the big stores, they are still able to make a tidy profit on every sale.

“We've sold 84 jerseys in school and a few outside,” say the lads.

The Most Innovative Product was presented to 'Time to Flea' – a flea deterrent spray developed by Andrew Gleeson and Chris McDonald from Coláiste Eamann Rís.

“It's a natural repellent, a safe alternative that you spray on the collar,” he explains.

They came up with a recipe having consulted a local homeopath, and then acquired empty bottles and designed labels on the computer.

Applied once a day over a period of around three to four days, their research proves it works as well. The duo have sold them in school as well as in the local vets.

The Best Branding Award was awarded to Grennan College students Erika Roche and Zoe Costigan for their brand “Doggie Nom Noms” which produces a range of homemade dog treats.

'Cable Heroes' is the company from a group of St Brigid's College girls, who recognised a demand for something to protect iPhone chargers from being damaged. A setback late in the day means they did not have the produce to sell on the day, but they had an example of what they were talking about.

“We had a manufacturer, but they pulled out,” explains Anna O' Brien.

“But we managed to get a prototype made in Carlow IT. It's just so people get the idea.”

The girls have managed to find a sponsor and now think they can progress from here.

Eve Nolan and Chloe O' Grady, from Loreto, came up with the idea of 'Smoochies' – a health drink with an inventive brand logo. The girls make the drinks themselves and sell them to students and teachers in the school.

“We have three different flavours, and mixed berries is the most popular,” says Eve.

“We are promoting healthy eating instead of drinking energy drinks.”

Jill O' Neill, Tara O' Neill and Iona Gardner from Grennan College also spotted the growing demand for healthy alternatives. 'Health Pop' involveslollipops they have made themselves using traditional recipes, but with added ingredients such as echinacea and green tea. They sell them in school for €.50 each.

A group of students from KCVS have come up with a very socially-minded project. It's a guide to starting school for new first year students coming in – but from a student's perspective.

They have sold a number of books to the school, and they are hoping to use any accruing profits to hire someone to train them to be mentors for younger students.They are also open to the idea of rolling it out to other schools. The group went on to win the 'Best Teamwork Award'.

Other honourable mentions in the senior category include 'Mála' – a business which produces handmade small, compact stylist bags for everyday emergencies created by Kate Brosnan and Molly Purcell – while third place went to Rebecca Burke and Laura Barry from St Brigid's College , who produced a calendar to raise awareness around mental health issues. They drew the designs for it and then had it printed. At €10 each, they have already sold 100.