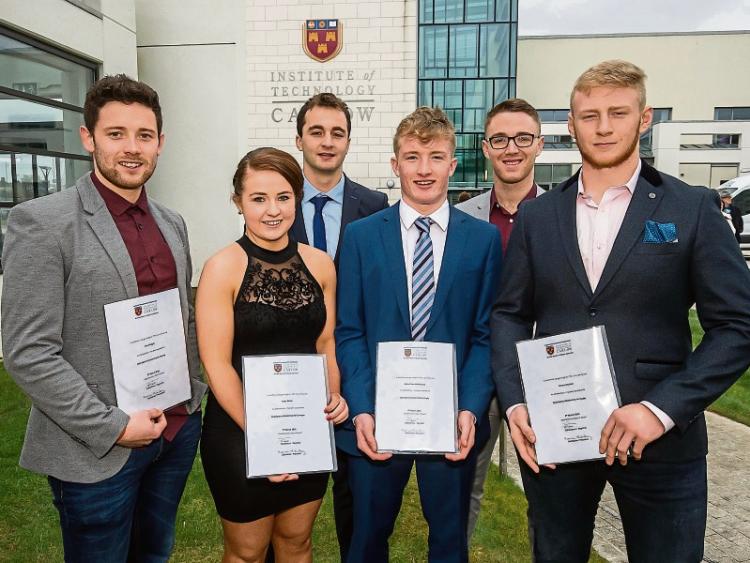 Fourteen Kilkenny students were among those awarded academic and sports scholarships by IT Carlow this week.

At a ceremony at IT Carlow’s Barrow Centre, the Institute awarded a total of 44 academic scholarships and 81 gold and elite sports scholarships for the 2015/2016 academic year. They were awarded to students who have distinguished themselves, both academically and through their exceptional sporting ability.

The scholarships will provide financial and academic support, mentoring, injury rehabilitation, strength and conditioning support, high performance coaching and access to the IT Carlow’s renowned sports facilities. The total number of sports scholarships offered to students has more than doubled since the programme was introduced in 1999.

“Our academic scholarships recognise the significant achievement of our first year students who excelled in the Leaving Certificate and who are now undertaking degree programme across our various faculties.