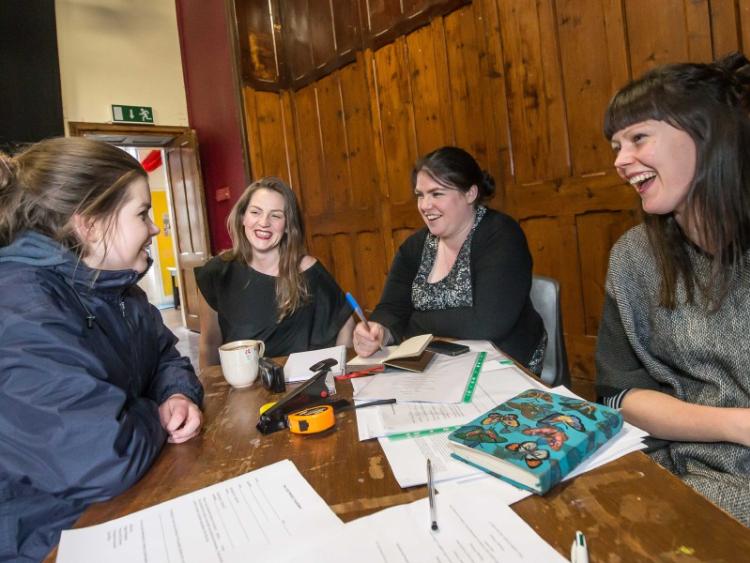 This May bank holiday weekend a unique theatre experience will hit the streets of Kilkenny.

The 1916 Project chronicles the events leading up to the 1916 Rising. Seen through eyes of a number of key characters, the influence of Thomas MacDonagh, signatory of the Proclamation is central to the play. MacDonagh lived and worked in Kilkenny for a number of years and become a significant nationalist figure during his time in the marble city.

The production is funded by Kilkenny County Council and is one of a number of events planned to mark the county's contribution to the 1916 centenary. The play is written by Cara O’Doherty who runs Heritage Tales, directed by Ita Morrissey and co-produced with Hannah McCormack.

Cara, familiar to Kilkenny audiences as a member of local group Barn Owl Players, is an archaeologist and writer who formed Heritage Tales to create and produce heritage based theatre.

“History is my first love and making it accessible and understandable is something I am very passionate about.

“Theatre is the perfect medium to do this, you get to bring the past to life, let moments and characters live once more. 1916 is such a big year that I knew I had to do something to mark it and I am delighted to be able to do it on this scale.”

Ita Morrissey, makes and directs theatre experiences. She is delighted to be collaborating on this project and is looking forward to bringing the streets of Kilkenny to life.

Hannah worked on last year’s highly-regarded Bridge Street project in Callan and is looking forward to working in an outside arena once more.

The 1916 Project has a large cast of characters to help create the sense of a living 1916-era town.

The project is inviting members of the community to support both onstage and behind the scenes.

“We are looking for talented community members to create the life of 1916 Kilkenny and take the audience on a journey, to celebrate the rich heritage of Kilkenny City.

Experience is a bonus but a simple desire to be involved is enough. This will be a piece of promenade theatre that no one can miss,” said Ms Morrissey.

If anyone would like to be involved please contact heritagetales@gmail.com and keep an eye on wwww.facebook.com/the1916project for production updates.