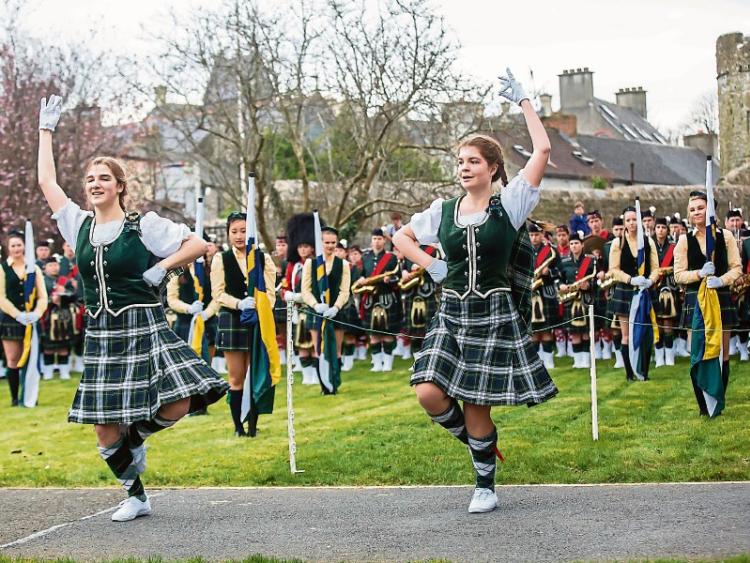 Pride, pomp, and circumstance heralded the beginning of Easter 2016 and St Patrick's Day celebrations in the city last week.

A marching band, accompanied by golden-clad cheerleaders waving pompoms and performing with great gusto, brought Ormonde Road – and later, Patrick Street – to a standstill as they wowed onlookers with their style and athleticism. Visiting from Washington State, the Shorecrest Highlanders band also came with traditional highland dancers and flag wavers.

The spectacle began on Ormonde Road and moved into the grounds of Ormonde College where the grandson of Irish revolutionary Cathal Brugha, Cathal McSwiney Brugha, made a speech highlighting the significance of events 100 years ago.

Mayor of Kilkenny, Minnesota, Kevin Taafe, was also at the event as a special guest of Mayor of Kilkenny Joe Malone. Deputy principal of Ormonde College John Kavanagh welcomed those in attendance.

Emer Dowling gave a beautiful rendition of The Foggy Dew before the tri-colour was raised above the lawns of the college by Lieutenant Tom Bell, with ceremonial accompaniment by Charlie Parsons.

There followed a reading of the 1916 Proclamation by a number of people – some of whom had performed a re-enactment of events at the college 50 years ago. They were joined by Roisin Johnston in an acknowledgment of the role women played in the Rising, and led by former caretaker Canice Ryan.

Cathal McSwiney Brugha then spoke, saying he wanted to highlight some issues thatsome people did not want to discuss.

“We now have had a century of our own freedom, but before that we had 700 years essentially where we were colonised by our neighbours,” he said.