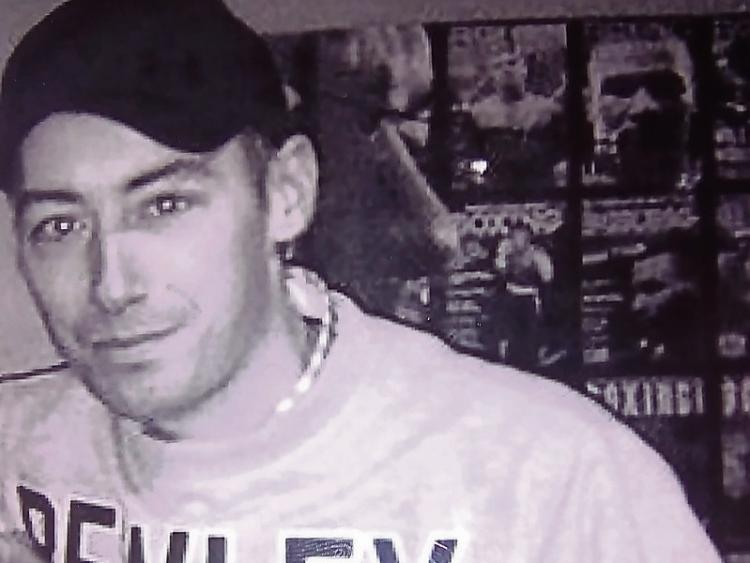 For his heartbroken family, the past 12 months have been a living nightmare. They still have so many questions about what happened, and they have renewed their appeal for any information whatsoever.

At the home where Dean lived with his mother Geraldine in Hebron Park last week, she and her other son, Keith, spoke of the enduring pain of not knowing what happened the 31-year-old. The last Geraldine saw of him was when he left the house to go and buy a car in Ballyfoyle.

A homebird and a man who was extremely close to his mother, he had told her he would only be an hour. His car would later be found on the road in Ballyfoyle, with no trace of its new owner, nor any word since.

“I just want him home,” says Geraldine, who says she has lost interest in all else at this stage.

“Somebody knows something. There’s nothing I won’t give them.

“Whatever they want – just to let me know where he is to bring him home. I can’t go on much longer without him.”

Dean's son, Jamie, is now 11 years old. His mum Gemma says he misses his dad, and just wants him home.

"I’ve a 16 year old girl and she used to [practically] live in this house. She finds it hard to come up now herself because this was Dean’s home. She was very close to Dean."

Searching for any trace of Dean continued yesterday. The only real news since was some items of clothing thought to be Dean's, found in a search back in December, nine months after his disappearance.

Exactly what happened that Sunday night, March 22, currently remains a mystery, but there are a number of established facts and some different theories.

A taxi driver drove him up to Ballyfoyle to buy the car. At some stage, he left the car.

The family have said a senior Garda had told them he was virtually certain that, whatever had happened, Dean never left Ballyfoyle. And, given the numerous public appeals and searches - such as by the Defence Forces - this has left the family with further questions.

“If he fell over, he would have been found by now,” says Gemma.

“Without a shadow of a doubt.”

Nor, say the family, had Dean exhibited any unusual behaviour prior to the events of Sunday evening.

"He would not stay away from home," says Keith.

"The relationship he had with my mam – and the rest of us, but more so with my mam – he wouldn’t go without calling her. Or any of us really, but my mother would be the first person he would contact."

Described by those who knew him as a quiet and nice individual, Geraldine says that while he had his troubles, he was never a violent person.

They also have some frustration with impediments they have encountered in getting the message out.

They are upset that the item was bumped on Crimeline on a number of occasions. When it was finally aired, they say the clip was very short and also that some of the information given was not correct.

Until they get the answers they're looking for, the hell continues.

"On the occasion that [a local guard] comes to the door, you know for a second that that bit of hope is there, and then it’s ‘sorry, I’ve no new information’,” says Keith.

The family remain convinced that someone must have information that could help them.

“Someone has to have a heart," says Geraldine.

"They just have to. Because mine is broken. Dean was my heart. It’s hard to keep going every day.

“I know I have two other children, but it’s just hard, because the link on the chain is broken; it’s gone. There’s no way forward for me – I try every day."

Geraldine finds it hard to sleep at night, and struggles to face the day. Her only wish is to bring Dean home.

"The two other boys – my two other sons - have their own life, their own thing, but you would always be assured Dean would be here with me every night," she says.

“He left here and he told me he’d be back in an hour. And when Dean says he’ll be back, he’ll be back. And when he’s not back, that phone will ring.”

The search continues, and will continue into the future. Anyone with any information can contact Kilkenny Gardai on 056-7775000 or Garda Confidential on 1800-666111.