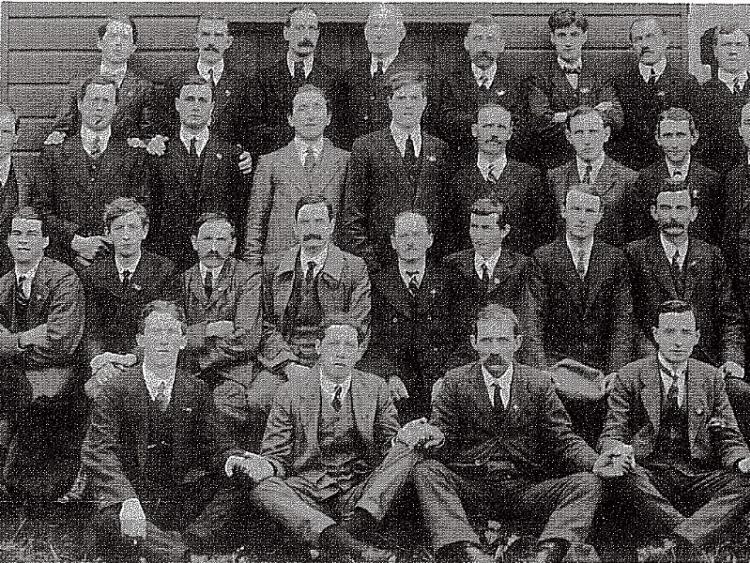 A Commemoration Ceremony, based on the 1916 Proclamation will take place on Easter Monday morning at County Hall on John Street.

The ceremony will also involve the raising of the national flag in the garden of County Hall, which will be dedicated as a memorial garden.

The Easter Monday events will commence with guided Military Heritage Tours of the city, commencing at 10.30 am from City Hall. The guided tour lasts for about an hour and is free of charge.

Those who wish to participate are asked to meet at the Council Chamber, City Hall at 10.15 am where they will be given a brief presentation prior to the tour.

The tours are being facilitated by volunteer guides who will provide a regular tour which will run during the next few months but must be pre-booked through the Watergate Theatre (www.watergate.com).

The Commemoration Ceremony will follow at noon in County Hall and will be hosted by the Cathaoirleach of Kilkenny County Council, Cllr. Mary Hilda Cavanagh, and members of Kilkenny Co. Council.

The ceremony will consist of three parts: an address by Cathaoirleach and unveiling of a bronze cast Proclamation; reading of the 1916 Proclamation and a Flag Raising Ceremony, performed by Irish Army Personnel and a musical recital, including Amhrán na bhFiann.

The public are invited to attend and anyone intending to do so is requested to arrive before noon. Limited parking will be available in County Hall Car Park, until 11.45am. Pedestrian access is via John Street to Maudlin Street.

A number of other events are also planned to commemorate the 1916 Rising.

The new committee is representative of several clubs and community groups and it promises to be a memorable event. It is hoped that the local community will come out in force to ensure that the parade is a success.

The parade will kick off at noon at St Lachtain's GAA Ground and they will walk to the Square where a ceremony of music, songs and readings will culminate in the raising of the flag.

Meanwhile at St Mullins SMART Ltd, the local community group would like to invite everyone to join us to honour the men and women of 1916 at St. Mullins 1916 Commemoration on Easter Monday at 2pm.

The Parade will be led by piper Matt Doyle of the New Ross & District Pipe Band, followed by schoolchildren from all three schools in the parish.

The parade will halt opposite the Norman Motte where the Irish Republic flag will be raised. The last post will be played by the Graiguenamanagh Brass Band.

In the Graveyard there will be a short prayer service. The Proclamation will be read by Moling Ryan (who read it in Glynn for the 1966 Commemoration).

Then a plaque will be unveiled by former Minister Ann Phelan who will give a short talk. The event will conclude with a wreath laying ceremony and a rendition of Amhrán na bhFiann by the Graignamanagh Brass Band.