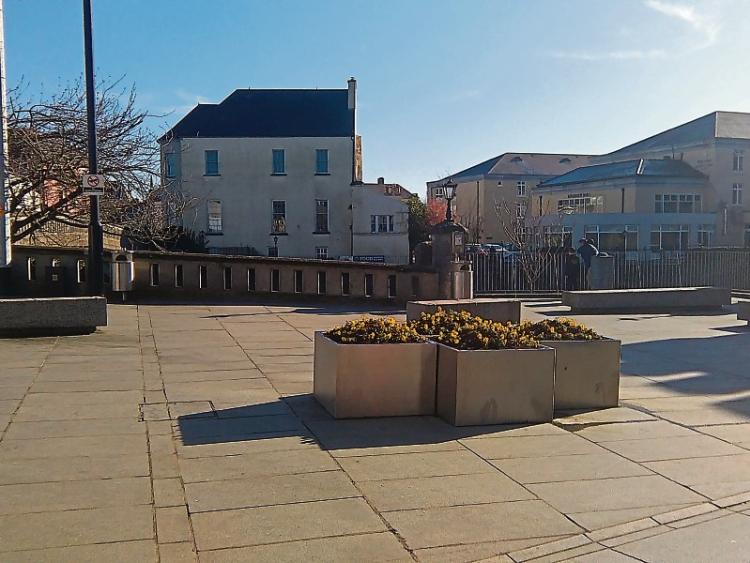 Kilkenny's new hurling monument will officially be located on Canal Square in the city, following a decision by local councillors that was not without some opposition.

The large limestone sculpture is expected to be in place early next month – but not on the Parade as had previously been envisioned. The new location was decided by vote at the March meeting of Kilkenny City Muncipal District.

Half an hour prior to the meeting, councillors had met in-comittee to agree a location for the monument. In that meeting, those present agreed the monumen should be located on Canal Square.

In the subsequent public meeting, Mayor of Kilkenny Joe Malone said the city engineers could now speak to the artist with a view to having the statue in place early next month. However, Fine Gael councillor David Fitzgerald took issue with the decision, saying he wasn’t aware there had been a meeting on it.

Mayor Malone asked if he had received the agenda. Cllr Fitzgerald replied that he had, and Mayor Malone said that then he should have been aware of it.

"I would like to propose that this be brought before the next meeting of this municipal district," said Cllr Fitzgerald.

"It shouldn't be done in-commitee. I propose it be brought before the full municipal district, with a report discussing alternative sites at a full public meeting."

Mayor Joe Malone said it had been going on a long time, and that he was prepared to take a vote on the matter.

Engineer Seamus Kavanagh said that three locations had been considered - the Parade, Canal Square, and close to MacDonagh Junction.

He said the Canal Square was considered most advantageous in light of the linear walk, and the potential of the new linear park soon to be constructed.

Cllr David Kennedy added that MacDonagh Junction was not considered ideal as it is not owned by the council, and that the Parade is not suitable as it is an open space which has a beautfiul view.

"My preference is that it should be at the John Street end of MacDonagh Junction - for a number of reasons,” he said.

"The decision where this is located is a permanent decision. It will be a major piece of sculpture and it is unlikely to be moved willy-nilly.

"I am simply asking it be dealt with in the proper municipal district meeting. Three councillors present now were not part of [the earlier in-committee meeting]. I would like to see that discussion take place."

Cllr Malcolm Noonan pointed out that another municipal district meeting was already scheduled for the following week. Mayor Joe Malone stuck to his guns.

"We are pushing out the boat on this the whole time," he said.

"It is going on since I came to this council seven years ago.

"We are following proper procedure here," he said.

"Just because Cllr Fitzgerald didn't read the agenda doesn't mean the city comes to a standstill."