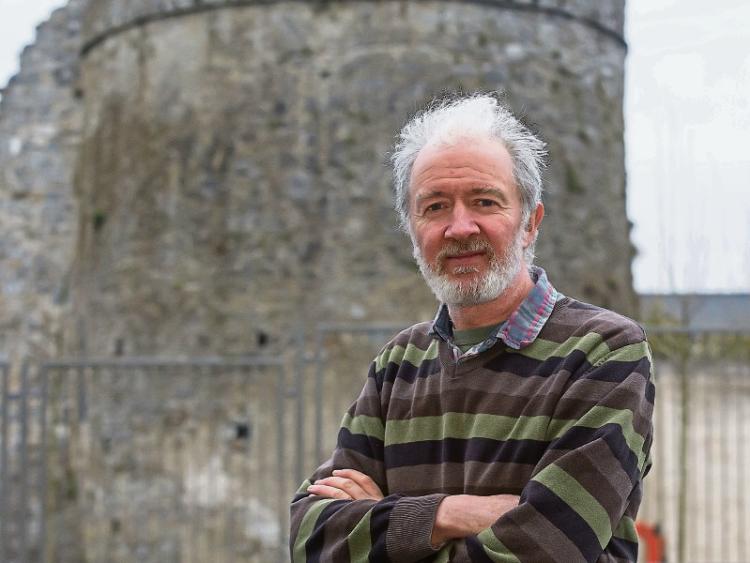 The last surviving tower of the old city Wall in Kilkenny must be opened to the public on a full-time basis.

Cllr Malcolm Noonan made the plea speaking outside the much loved medieval visitor attraction, Talbot's tower, where landscape works on the New Street side of the complex have been completed thanks to the urgings of the Green party local representative.

While he doesn't want to take away in any way from the work which has been completed to a high standard by city workers, he feels the railings on the New Street entrance are excessive and should be removed.

“I just don't think there needs to be railings there at all. My own feeling is that the area could be extended into our own public parks structure and that the warden in charge of the public realm on the Parade could take care of Talbot's Tower as well and lock it up in the evenings

“For example I don't see why school children couldn't sit in there and have their lunch at the tower.”

He said that now was the right time to open up the area because the interpretative panels, promised a few years ago for Talbot's Tower, are ready to be put in place

He paid tribute to former Mayor of the city, Betty Manning for almost singlehandedly, restoring the fortunes of the tower.

Over 25 years ago, she had a dream that the last known surviving, yet crumbling, tower of the Old City Wall of Kilkenny, would be returned to its former glory. At times it seemed a lost cause, especially in 1989 when the stairwell of the structure collapsed.

When opened, Cllr Noonan feels it will provide a real focal point for the old City Walls of Kilkenny and provide visitors with a place to start their tour of what was once a magnificent defence system. Thanks to the council and a number of partners including the VEC and Heritage Council, it sets a new standard in visitor attractions.

And it is only when you mount the steps to the top that you appreciate its scale and the huge town ditch below going right up to the sloping stone wall at the base of the tower that stopped the enemy from tunneling underneath it.

From its summit, there are wonderful views and despite the imposition of some horrendous looking buildings built over the last 20 years you can still see Kilkenny Castle, St Canice’s Cathedral and Round Tower as well as St Mary’s Church.

And while Cllr Noonan wants as many people to experience the view as possible he is mindful that people are living in the houses under it, on Ormonde road and he wants to make sure the opening times are agreed with residents and that every effort be made to guarantee their privacy.

For those seeking titillation, we know from excavations that the top of the tower had a very spicy history. Finds there included fragments of Victorian wine bottles, clay tobacco pipes, hair pins, metal lace chapes holding female undergarments in place) and many ladies’ buttons.

A dazzling array of artifacts were found there including .303 bullets and cases which may have been used by Free State forces against the Republican occupation of the Castle during the Civil War.