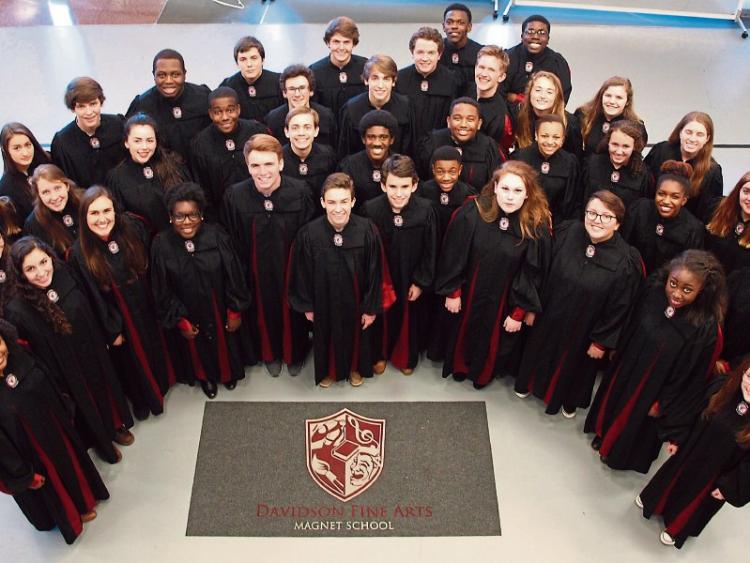 A concert by the American Prize winning Choir – The Davidson Chorale, from Alberta Georgia accompanied by their Orchestra, will be held tonight (Wednesday) at 7:30pm in St Canice’s Cathedral Kilkenny.

And guest composer is Patrick Cassidy’. Mr Cassidy graduated from UL with a masters in Applied Mathematics. Pursuing his musical career, he released his debut album, “Cruit” in 1988 which featured music by 17th and 18th century Irish Harpists. From this foundation, emerged his epochal work, “The Children of Lir,” which resulted in Patrick receiving the “Person of the Year,” award, the Medal of Honor and Distinguished Alumni Award. "Famine Remembrance" was commissioned for the 150th anniversary of the Great Hunger and premiered in 1996 at St. Patrick's Cathedral, New York. Patrick Cassidy resides in Los Angeles where in addition to his concert work and compositions, he scorescores film and documentary projects. Notable credits include; Hannibal, Veronica Guerin, Confessions of a Burning Man, Salem’s Lot, King Arthur, Layer Cake, Che Guevara, Ashes and Snow and Kingdom of Heaven.

Commemoration: His most recent achievement is composing the score for '1916 The Irish Rebellion' , Patrick Cassidy composed this poignant and hauntingly beautiful piece Mise Éire, a new arrangement of Patrick Pearse’s 1912 poem set to music to commemorate the centenary of the Easter Rising.