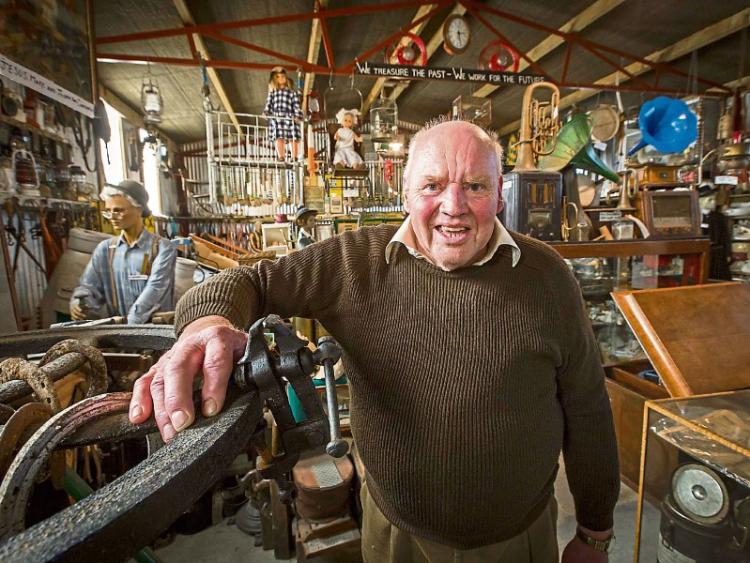 A place of pilgrimage for many ordinary people, run by a much loved, larger than life figure has closed for good.

And many of the intereting itemns colelcted by the late Seamus Lawlor over the course of his life will be sold next week.

Much of the contents of the Nore Folk Museum, Bennettsbridge, including many antique agricultural implements will be sold at Mount Butler Salesrooms, on Wednesday, April 27, at 10.30pm by Victor Mitchell.

The news will come asa suproise to the many people who loved seamus and his museum which attratced visitors from allover the world.

he wasa shininnhg liht in rural enterprise and his colelction drew gasps from people who made their weay to his of old sheds and outhouses at ghis home just outside Bennettsbridge.

Most of the contents of the Nore Folk Museum, Bennettsbridge were sold to o9ne individual and were taken away in vans and trucks a few weeks ago.

He has put them up for sale through Victor Mitchell's.

The site and the house is now a shell of what was once a busy, wonderful museum where you could spend hours going through old pieces of farm machinery and pieces from old shops and houses.

It comes less than a year after the death of the owner of the museum, Seamus Lawlor.

The man, who for many years played St Patrick, in the annual parade in Kilkenny city had spent a lifetime collecting a fantastic collection of curiosities. stepped through its doors to behold the vast treasure trove of exhibits: old threshing engines, a traditional Irish moonshine making apparatus, farming tools dating to the Iron and Stone Ages, relics of the 1840's Great Famine and Irish Land War, household appliances from all the decades of the 19th and 20th centuries, a fabulous coin collection, radio sets from the dawn of the wireless era to the present day, a complete blacksmith’s forge, a recreated ancient Irish pub, war memorabilia, ancient chamber pots, vintage petrol pumps, police batons of the twentieth century. The list goes on... more than 12,000 exhibits in all...an Aladdin’s Cave of historical curios guaranteed to draw you deeper and deeper into what a local newspaper described as “a veritable time capsule.”